Home > Features > In Their Own Words > Alissa Quart on “In Ballard”

Alissa Quart on “In Ballard” 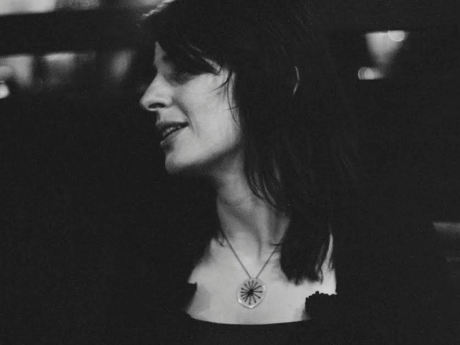 I’m near maritime condo
klatches, watering holes
that spit out old sea
dogs and walking past aging
yoginis, where breathing’s
a career choice.
“Self-employed”
a synonym for still alive.
This Census is eternal.

“Cities like this marry
often,” I say. “They
also ban drones.”

You check your retweet.
“Pro-bird or
against voyeur?”
We name stuff, hope
that’s proof. That’s how
reporting works.
At the viewing tanks:
a ginger-tattoo-
anchored corner man,
a hot algae chick.
Sockeye-voiced,
you praise swimming
upstream, exult
in the family. I remind
that chinook splash
home and then
go DOA.
Breathe fast,
algae robots,
sprinters with gills.
As water levels
are different
for each body
of water, the lock
evens them out.
Panic is always
in a body as
well as a head.
Beside ourselves
means we are upset
but also outside our “I.”

Tears a symptom
yet we are also sad.
Artisanal dives blink pink
neon, announce that
though we are far
from home we are still
somewhere.


From Thoughts and Prayers (OR Books, 2019). Reprinted with the permisison of the author. All rights reserved.

The event was a family vacation, in a rapidly gentrified neighborhood in a Northwestern city. The month was August, the end of the summer, a time when some people get manic from the increased light, like Norwegians finally seeing sun. My age was early middle. My professional anxiety was unusually high, as if to match the climate-weird hot temperature around me. By that year, 2015, newspapers had seen forty five percent of their jobs shrink since 2004, with freelance pay sometimes below minimum wage.

Over the course of the 48 hours in which I wrote "In Ballard," I underwent what could be called an extended panic.

I was a lifelong freelancer, who also ran an organization devoted to journalists writing on inequality as they tried to survive themselves. I had started to report a book on the subject as well. In other words, I personalized my industry's vulnerability:

At 6s and 7s over
my ruinous profession—
reporting used to
pay for words.

I would realize later that I was also awash in with what would soon come to be understood as political feeling: external, economic reality aligning with an internal, emotive one (as William Davies has written of in his recent book Nervous States, about our new global strain of political emotion.)

I locked myself in the hotel room. I felt speedy, as if I were on "uppers without sin." I also recognized that my brittle behavior appeared to belong not to myself but to a more fragile Joan Didion-type of person, who, say, feels overwhelmed by the Santa Ana winds, a stranger’s caked makeup or even the entire 1970s. But as I discovered in those two days, we can all sometimes be this person.

What was also upended in that time in Seattle was my lifelong New York City survivalism. I'd worked since I graduated college—reporting, pitching, selling, writing, editing, and raising money. I had, for the most part, never gone idle. And yet here I was under the leopard print covers of a hotel bed, indolent. As much as I hated toxic social class narratives, I realized that in that time in Ballard, I had interalized Leftist version of bootstrapping.

Panic is always
in a body as well
as a head.

Eventually, I left the hotel room, with its requisite ironic velvet pillows, and strolled around the Seattle neighborhood Ballard. The place had lurched from its past of stevedores and drugstore cowboys to a wealthier, younger present, some whose only maritime marks were anchor tattoos or organic salt hair spray.

After I passed these new creatures—and some more marginal remnants of the earlier area as well—I happened upon streets that abutted a lock, where salmon swam in the public viewing tanks. Immediately, I identified with their trapped, surreal beauty—gawked at by pedestrians, falsely citified, gasping for air, not sure where to go next. And so I wrote:

As water levels
are different
for each body
of water, the lock
evens them out.
Panic is always
in a body as well
as a head.

I’d never judge someone else for not working. But if I myself didn’t work, work, work, without slumping into psychic extremes I castigated myself as a corrupted failure.

In my early media "career," the need to earn a living had led to a pile of ludic subsistence gigs—editing a tabloid that was a money laundering front; laboring as a production assistant dispatched to buy massive amounts of mini vodkas for a European film director who shot better drunk. And this survivalism is still my wont, until it cracked a little in those hours in Seattle.

In this poem, “In Ballard,” I still wrestle with these and other political feelings. I am doing so by practicing my dual trades, journalism and poetry—“naming stuff” and hoping that’s proof, all I know how to do in these strange days.