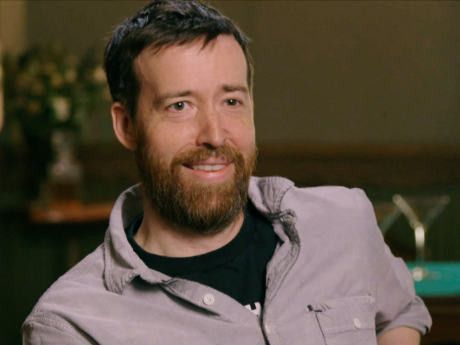 I have just been kidnapped by Harold Bloom. Heavy with wine and ill-intent, Bloom leans into me, touching his blade against my sternum, and mutters, "It's time, kid. You have yet to even find any of the other tests, let alone pass them, but, still, you must now face the severest and most ancient test of any bard—the selection of a canon." It's summer. I pack my bags. And though I protest that my iPod already holds a finely discriminating array of artists ranging from AC/DC to Warren Zevon, Rahsaan Roland Kirk to the Rolling Stones, Memphis Minnie to Mississippi John Hurt, Redd Foxx to Red Foley, and that such a surfeit of sound is not only my idea of a tradition but of an aural companion, Bloom is insistent.

Before we make our journey to join the Desert Island of Major Poets where, Bloom tells me, William Blake, Emily Dickinson, John Ashbery and a few others all sit in shaded repose upon the backs of minor poets, sharing strawberry daiquiris and racy anecdotes concerning Sylvia Plath and Arthur Rimbaud, I must first erase all the music from my iPod, other than my chosen five. But, Bloom reminds, me, I must choose the correct five. In a surprisingly generous nod to the contemporary digital epoch, Bloom allows me to interpret "album" however I wish.

1. The Carter Family, In the Shadow of Clinch Mountain (a twelve disc box set released in 2000 by Bear Family)

2. Jerry Lee Lewis, The Sun Years (a twelve record box set released in the UK in 1982 by Charly Records)

This list of five contains the three targets I wanted to hit: 1) the great American songbook; 2) the allegory of the artistic life; 3) whiskey.

In terms of the American songbook, I made selections that allow me access to a full range of classic songs performed with expressive grandeur and felicity. The Carter Family box set contains every known recording of the original Carter Family (A.P., Sara, Maybelle); some of these tracks A.P. wrote himself, but the majority he picked up while traveling throughout Appalachia on his various song-hunting ventures. Basically, it represents a vast catalog of songs in circulation previous to the era of recorded music, and the performances are terrific, with Sara's strangely haunted lead vocals, AP's idiosyncratic vocal accompaniment, and Maybelle's autodidactic virtuosity on guitar.

By extension, I'll prop up the Jerry Lee Lewis box as one of the most exciting collections of performances anywhere, with an astonishing range of selections from the first great wave of recorded music, including hillbilly, race, pop and early rock and roll standards. This set, which is pretty rare I guess (it hasn't been released on CD), is just basically all the tracks that Jerry Lee recorded at the start of his career while at Sun Records in Memphis; various takes of "Whole Lotta Shakin'" and "Great Balls of Fire" are on here, of course, but so are covers of Chuck Berry, Hank Williams, Ray Price, Jimmie Rodgers, Leadbelly, Elvis Presley, Ray Charles, Carl Perkins, and so forth. On some tracks, like the kiddie classic "The Crawdad Song," the pure giddiness and adrenaline are too much, and you'll hear someone in the studio let out a primal "yeaaaaAAAHHH!" in the middle of the take.

Keats once wrote that one's life is an allegory, and the works one creates are commentaries upon that life (I read life to mean the life of the mind and/or conscience and/or soul, which includes but is not limited to one's private life). For my Desert Island of Major Poets trip, I picked out a couple of artists whose works I've more or less totally internalized, and whose careers have an inspiring, overwhelming arc to them, and who in their fullness each stand for me as a consummate allegory of the artistic life.

Dylan was the most obvious selection—I count forty-three separate, complete Bob Dylan titles on my iTunes, ranging from studio albums (just about everything, Bob Dylan to Slow Train Coming to Infidels to Together Through Life) to live recordings (like his Gaslight shows from the early 60s) to various bootlegs (the Dylan-Cash sessions from '69, the full recording sessions from the soundtrack to Pat Garrett & Billy the Kid, etc). Only Cash takes up as much space, and his discography contains many more winces and blank stares. Miles Davis casts a similarly huge shadow for me, one that crosses decades, and I would especially want to have Sketches of Spain, E.S.P, On the Corner, and especially especially In a Silent Way and Cookin' with the Miles Davis Quintet with me on the island. Both Dylan and Davis, in the shapes of their careers, are for me, with their relentless and even merciless pursuits of a perfection of creative expression, totems of the creative spirit that I am constantly struggling to activate and unleash.

Finally, I also wanted to make room for a drinking favorite, something I could turn up and sweat out some whiskey to, so to let all those strange emotions cross through me as they travel through the cosmos. Ultimately, I decided upon Springsteen's classic, spare Nebraska album. Whenever I feel myself hobbling up to some kind of depressive cliff, I'll grab a bottle of whiskey and lock myself in a room with the album and go a couple of rounds with it, coming out a little battered and bruised, yet oddly recharged.

Such catharsis will be a necessity, I suppose, after yet another long night on Bloom's Desert Isle (my canon was apparently a hit—"Hmmmm, very white and very male," Bloom said when I displayed my selections to him, "you'll fit right in"), especially after having to go once again on an extended poetic nature walk, with Archie Ammons, John Ashbery and Bloom holding hands and swaying back and forth in front of me, Frank O'Hara and Anne Carson whining behind me, and Alexander Pope whistling "Five Feet High and Rising" over and over again, riding on my shoulders.

Full disclosure: despite my seven-year stint as a third-chair clarinetist, my musical vocabulary is limited to simian gestures, deep nods, and stink-face grimaces. No doubt, if I could describe, in proper terms, how music does what it does, I would be a phenomenally wealthy woman.

My great-grandmother Phoebe was French-Canadian. My mother, who was named for her, studied in Quebec for a spell, and eventually became a French teacher. She had several albums by Edith Piaf that she acquired in the 1950s and 1960s, and certain Piaf songs—like the plaintiff yet commanding "Mon Dieu" and "Non, Je Ne Regrette Rien"— are part of the soundtrack of my childhood.