Home > Features > In Their Own Words > Genevieve Kaplan's “The landscape” 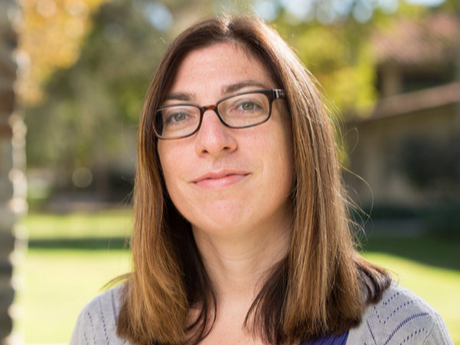 You fell twice
to prove it was real.
The dogs kept
barking.


Every time I'm alive
we see something beautiful. The mountains

Poem reprinted from In the ice house, with the permission of the author. Copyright © 2011 by Genevieve Kaplan.

I should say, first, that this "The landscape" poem is one of a series of eight all titled "The landscape." In this series, and in the other series in In the ice house, the everywhere and the nowhere—the everything and the nothing—are prominent features, which for me presents an interesting problem in writing poetry. We are often told to avoid general or vague language in poems, the "heart" that is always about to become a clichéd symbol of love. But specificity can be limiting too, and part of my project here is exploring what can be invoked by generalities. I want to use imprecision to make the poem larger, timeless, artificial and aware of its artificiality. And, because there are more of these "The Landscape" poems, they build upon and inform one another; their language expands and contracts and allows us to enter.

Any landscape quietly influences the patterns of our days. If we live in a valley, we are physically and visually bound by it; if we live in a desert, the dry air permeates our houses. Such impalpable landscapes are both recurring and inescapable.

In this poem, I view landscape as diorama, cardboard-like and in the background, and the figures in front, separate from it. This poem challenges the landscape it is bound to, and even the very idea of landscape, wanting to "prove" its tangibility (by interacting with it through touch and sound) but also daring it to be "beautiful" (something to gaze at).

I'm fascinated by the elemental and visual language of landscape at its most basic—if we say "mountains" an image of snow-capped peaks appears—and the tension that such a lack of specificity creates in the poem. There's really nothing here, after all; the few nouns in the poem—"you," "it," "dogs," "I," "we," "something," "mountains," "back"—are almost anti-poetic, the moment could occur in so many locations, and the figures in the scene could be any body. Without the title, the poem practically doesn't exist.

It's difficult to say exactly when or why I wrote this poem—it is a product of a period of years, and a continual process of distillation and editing. Parts of this poem appeared during and after a sequence of moves, from Northern California, to Iowa, to Nevada, and finally to Southern California, where I live now. Likely this poem—and the series of poems all titled "The Landscape"—reflects my level of awareness, unease, and disconnection from the always-present backdrop of the land.