Home > Features > In Their Own Words > Jane Wong on “Twenty-Four” 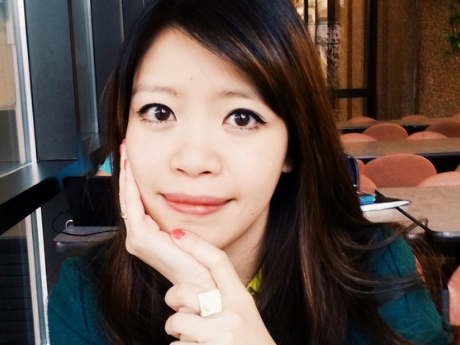 Salt can dissolve
more – such is the law.

Buzzards at the bus stop
count off children.

We have two children.
To see how we truly behave,

we must lie side by
side and let anger slide.

This stupefied air
we hold a knife to,

to the neck. These nights,
crickets rave at the door.

the yard. Our daughter covers
her mouth, smog

of the heart. Cloud and
cough, I couldn't even see

my hands in the morning.
The sky breaks open

how I break my roots
from you. Overpour

of regret, there is too
much blood in a cow

to comprehend.
At twenty, I halved caution

and called it Jane.
To want all that is

yours. I married you,
marred you, missed

your kill and kiss
for what? A continent away,

hay pours into a field.
Each time my father waves

across the shore, I dissolve
one part more.

From Overpour (Action Books, 2016). All rights reserved. Reprinted courtesy of the author.

I began writing a series of poems in my mother's voice, during that year of her life. Through persona, I wanted to demystify her—to make her more vulnerable, more uncertain. This poem, "Twenty-Four," begins in Jersey—a place far away from where she grew up (in a small village near Taishan, China). My mother was arranged to marry my father when she was nineteen. My father, who was already in the States, was handsome and intense—like a movie star who was simultaneously the hero and the villain: big, dark eyes, leather jacket, tall.

When she arrived, she worked at my father's Chinese American take-out in a Jersey strip mall, earning $20 a day. She told me a story once about washing dishes and her sister-in-law dropping plates into the sink from high above, shattering pieces everywhere. I remember her long sighs at the end of the workday—as long as a rat's tail. I remember how customers used to flirt with her (my mother is gorgeous), and how she learned English simply by taking orders on the phone and at the counter (and how easy it was for her to smash cockroaches). I obsessively think about her life then—what it was like to leave her family behind and live with these strangers, these people who did not know the force she held within (she often tells me how we have a bright light in us, which both blinds and attracts people, like insects). Sometimes, it's hard to tell when I'm speaking and when my mother is speaking; persona poems celebrate that wavering.

Throughout this series, my mother grows and wrestles with her sense of self—sometimes dissolving, sometimes loathing. "Twenty-Four" takes place before my father left, before the restaurant's failure, and during the process of resilience. She had two children at a young age; I doubt that she wanted us then. She knew that by marrying my father, she would bring the rest of her family over to the States, one by one. The title of the collection appears in this poem too: "Overpour // of regret, there is too / much blood in a cow // to comprehend." I think of overpour as deluge. How we forget to turn off the faucet in the bathtub, how the garbage is full of muck and pouring over. John Donne writes, "Let me pour forth" and I can't help but feel this way about poetry. I can't stop. Everything crawls into the light for all to see. From "Twenty-Nine," once again in my mother's voice: "I'm that person who can't stop // looking. I sweep the kitchen floor / with all the lights on."

The poems in Overpour, including this one, are also bestiaries of sorts—if a bestiary is a means of calling upon animals to see one's reflection. I seek an unromanticized (just like marriage and migration) natural world: buzzards circling around bus stops and cows ready for slaughter in a factory. They often signal something uneasy or unpleasant about the self, i.e. crickets raving at the door. I wanted this poem to reverberate with that uneasiness, thinking about the potential violence of my parents. My father was a gambler and drinker. My mother addresses my father directly in this poem: "I married you, / marred you, missed / your kill and kiss / for what?" Migration, homesickness, the complications of love or not love. The poem ends with my grandfather waving to my mother, thousands of miles away. As if to say: see me here? He also offers some sort of comfort. That she is missed. That she exists.