Home > Features > In Their Own Words > Joanna Klink’s “Aerial” 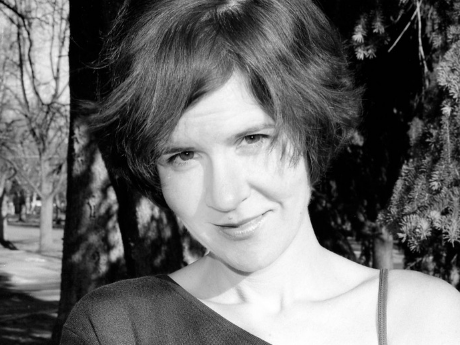 There was a small neighborhood park in Carroll Gardens where I would sit almost every day after the weather turned warm. Most of the people who stopped in the park were there to simply be: two-year-olds with their fatigue-ecstatic mothers, quorums of older news-bearing women, a guy staring at the grass, patients from a nearby hospital who had been wheeled into scraps of shade for an hour. I came to love this place. It wasn't all that lush or impressive, and around noon it was often hard to find a free spot on a bench, but it felt like a reprieve from having to go and to buy. And some tremor of appreciation was in the air—a beautiful spreading lightness. People sitting alone, like me, were often comfortably lost in thought, or listening to the birds and kids, closing their eyes in the sunlight. Once, at six o'clock, I went to the park and found no one— just birds reeling around overhead.

This may be the closest I've come to writing a praise poem. I didn't intend to write one. Maybe the scissors, rosin, and wax are in the poem because I was imagining what it would feel like to break free, for a moment, from being material—a body stilled on a bench—and fly.