Home > Features > In Their Own Words > Kimberly Grey's “Wound! Out from Behind Two Crouching Masses of the World the Word Leapt”

Kimberly Grey's “Wound! Out from Behind Two Crouching Masses of the World the Word Leapt” 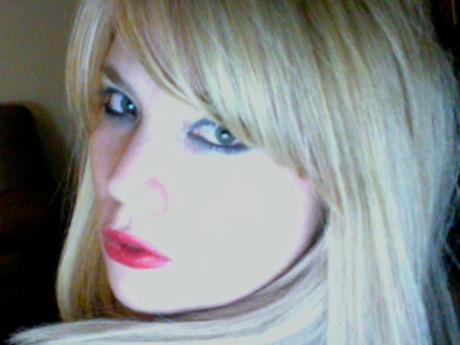 Wound! Out from Behind Two Crouching Masses of the World the Word Leapt

Tuesdays are long and red. They're red because I've made them
red. So you can see a color
in your mind
when you picture the dog. The dog walking across the yard. The
oak. The space betwixt
and between
the dog and the oak. Now it can't be any other color. Even though
grass is not red. Even
though there is
no grass. Or there is no yard at all and the dog trots into
the street. Or there is no dog and
you must invent
one for yourself. And you will. Because Tuesdays are long and red.
And if I tried to change
them to something
else now, I couldn't. Minds are minds. They do what you
want them to. They obey like dogs.
Look. See. Know.
If I say the word over and over again it will sound like something
new. A command. It will
come to mean
something like Wipe your feet or Don't leave me yet. Soon
we'll be able to replace it with
other things
we've learned. Yolk. Log. The distance between two alike things.
The distance between two
unalike things.
The decision I must make now. Whether or not we are fastened
together like moth wings or
clam shells. Whether
we hurt. And what is symmetry anyway but two things wanting, in
all their possible differences,
to be exactly
the same? I tell you Tuesdays are long because they are long
in this deciding. And red, so you'd
have something
to look at while I think this through: how to know if we are these
two, tightly wound things, or
just a wound plus a wound?

On "Wound! Out from Behind Two Crouching Masses of the World the Word Leapt"

"The things you think of to link are not in your own control. It's just who you are, bumping into the world. But how you link them is what shows the nature of your mind. Individuality resides in the way links are made." Anne Carson said this. I'm interested in the relationship between language and the mind. And so the mind's relationship to meaning. I'm so struck but how much, or how little, control we have over what we think. Yet, I'm in love with thought and the portrayal of thought processes through language. Showing these linkages. Anne Carson is a master of this, I think. The title is borrowed from a title of hers, found in Autobiography of Red.

The poem began by staring at the word "wound" for a while, the physical-ness of it, and having to decide: Wound! as noun, an injury, or Wound! as verb, to inflict hurt, or Wound! as verb, the simple past tense of wind, an action, to coil, to twist together. Wound! And in the title, which word is it? I am very interested in how language triggers thought. It's not just an investigation into the word itself, but an investigation into likeness. What it means when two things share some common property, though they are different. Which is what a heteronym is, by its inherent nature. Which is such a useful metaphor for two people together. Their samenesses and differences. How the same things can mean such different things. How we can repeat a word so many times that it becomes completely undone. Foreign. Unidentifiable. Strange. (Isn't this what also happens to lovers over time?) And through this process of unknowing, comes the possibility of new meaning.

I love what Lyn Hejinian says, that "language is an ordering of reality itself and not a mere meditating medium." I think this poem plays with that ordering and suspends reality while thought is occurring. While a decision is being made by the speaker, who wishes badly to know how automatic meaning is. Love is. Pain is. So much of desire is really just the desire to know. And in the case of the speaker of this poem, the desire is to know how these two lovers function as a whole. What they mean, together.