Home > Features > Interviews > The Others: An Interview with Matthew Rohrer

The Others: An Interview with Matthew Rohrer 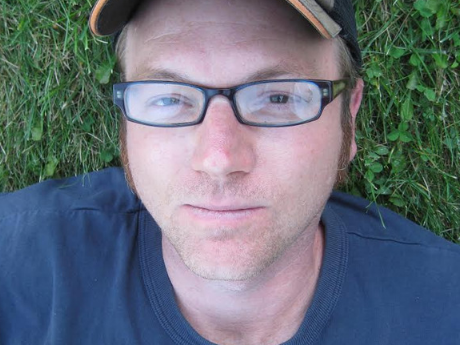 Matthew Rohrer's The Others, out this year from Wave Books, is different from most books of poetry. Not only does it shrug off the preciousness of "poetry" in the way it stirs together things that are supposed to be fun (like robot bigfoots and illicit reading) and things that are not supposed to be fun (like commuting and losing your job); not only does it toggle back and forth between deep and superficial experience in a way that is powerful, familiar, revealing, and irreverent all at once—The Others does something stranger. It tells stories. In fact, the whole book is one long yarn in verse. Matt was generous enough to correspond with me and answer my questions about his book and the awesome power that narratives wield in our lives.

I always want to ask the origin questions. Why a novel in verse/long poem? What writers do you consider the masters of this form?

One reason, and maybe the best reason, for 'why a novel in verse' is why not, right? I mean, I've written some other books. I've written lots of poems. I also love stories. I think there's no question that I was thinking of the way people accepted things like this from poetry in the past. Byron's Don Juan, or Coleridge's "Kubla Khan" or "Christabel," or Keat's "The Lamia" were all things on my mind. Someone recently told me that one of the sections reminds him of the long Shelley poem "Julian and Maddalo," which couldn't make me happier. Part of what I love so much about those books is the sheer imagination invested in them. I also love more modern long poems too, of course—Bernadette Mayer's Midwinter Day—I read that all in one sitting on Midwinter Day by the way—or Whalen's Scenes of Life at the Capital—but the difference is, those are much less imaginative in the old fashioned sense of storytelling, and that is what I wanted to do with The Others, to tell stories.

How did you start The Others?

I started it with what is now a scene in the middle—oddly perhaps for a book whose structure is a day-in-the-life. I started with a real-life experience I had in the workplace, which I think at the time I thought was so boring and un-imaginative that it would definitely demand my full attention to get it going.

And then, how did the book morph in a way you didn't expect?

It was going to be a much shorter thing; I really only had about 3 ideas at first—I wanted to start with this scene in the workplace and then have the character sort of disappear into another story as a way to escape. But then I realized how porous the whole thing could be, and how many different stories there'd be room for if I backed up and started at the—duh—beginning. So that was probably the 'swerve' for me—realizing that instead of just juxtaposing the workplace with escapism I could expand the story and, I guess still keep doing the same thing, but expand it in a way that opened it up to a lot more room for a lot more stories.

Is there something about storytelling and poetry combined that gives you extra power? In other words, what can stories do in poetry that they can't do in prose?

Well I think it's just more surprising now to see stories in poetry. We expect it in prose of course. But people don't expect to pick up a book of poetry and get an exciting adventure story, for instance, like they did with Byron's "Childe Harold." So I think ironically there's a sort of revolutionary excitement to going back to that—to putting story and poem together in a way that used to be unquestioned, but has dwindled away.

So, about your most secret hopes for the book: What dearth do you see in poetry that you hope this book might fill?

My most secret hopes for the book are that someone will realize what an awesome and successful challenge it would be for Hollywood. But I also hope it would encourage more long, ridiculously imaginative poems from others. I think there are long poems that are thematic in ways that help them cohere, but what I wanted to do was tell stories. Poets have always told stories—sometimes very overtly, like the Romantic-era poems I mentioned before. I love stories, and as much as I love the lyric poem, and disjunction, and everything modern people love about poems, I also love storytelling and not just for the stories—but for the spaces it creates, and for the kind of communication it is, which is different from anything else. The scene in the book where Pearson comes over with a bottle of whiskey and tells them a long ghost story that's also the story of his vacation is something I really love about life, honestly. That we have friends (if we're lucky) who have experiences but can't rest until they come to your house to tell you the really amazing version of what happened, possibly embellished. Embellished if you're lucky! This is basically the plot of The Rime of the Ancient Mariner—that the old mariner has been bewitched into having to tell his story. He's compelled to tell his story, just like I think most of us are. His is just really much more exciting than ours.

I like what you're saying about the space created by stories, but in The Others that space is continually interrupted. This book is full of really good interruptions! But are interruptions the opposite of stories?

I was thinking about this a lot reading Hari Kunzru's White Tears last week. It's a great book, and a really compelling story and I found myself unable to put it down because I wanted to find out what happened… and yet, another part of my brain, maybe my Superego, was watching this and saying "Matt, it's just a made up story, there's no real anything at the end, there's no end, there was never anything there at all it's fake, so why the compulsion to find out how this fake thing ends?" And yet I couldn't put it down. Interestingly, I also just read Katie Kitamura's new book A Separation with the same galloping rush to find out what happens….but the ending is remarkably, surprisingly unfulfilling in a great way. The last sentence is basically the literary equivalent of the last shot in the movie The Graduate. So for her there's no sense that a story can ever really end. The interruptions in The Others are, I think, a key feature of storytelling, but also definitely there to mess with people, even with myself as I wrote it, who expect and crave the resolution. And I think also that interruptions are actually a more accurate representation of how we process stories—because life is constantly intervening, or we are distracted by another aspect to life's story, a story-within-life's-story. Storytelling is a universal need and a universal human attribute, but doing so requires artificially drawing some boundaries around where the story begins and where it ends. In truth whatever story you're telling began before you were born and isn't going to end for a long, long time after you die.

In The Others, the forces of action and observation seem to be opposing poles. So I wondered what kinds of actions or observations you most hope the book inspires.

People talk a lot these days about Poetry's power to resist, or also about its inability to resist… and I think what happened to our country, and also what can save it, is storytelling. People told some stupid stories that no one in charge challenged or questioned. And what has to happen now is we need a new story about what's really going on, a story we can tell to the country about what's needed next. Stories obviously have power over people. I think our lives are basically made of stories, at whatever level—you come home from work and tell your spouse a story about what happened on the subway, for instance. A made-up story doesn't have to be fake news. A made-up story can actually tell our deepest truths. That's why so much of the book happens in the realm of the mythopoetic —ghosts, altered states, archetypes—those stories are buried deep in us and maybe they're not real but they're not fake.