On the Football Field

On the Football Field

Huddled together, they transform, a saint's flag, blue and white. Boys become Catholic fists, set to pummel each other into the burning belief that comes from a kind of flagellation. Somehow catechism and all its mysteries link to football plays, ever the push forward, the faith that someone will catch and run. My brother slides into his position, a defensive tackle. Though small, he is built sturdy. He carries "The Beast" as his nickname. He devours, claws, tramples down. In this game, the score is tight. 20 to 14, the other team just a touchdown away from winning. Time ticks on. The boys lock up, foot soldiers on either side. The jeers begin. That your mother over there? Jumping up and down, looks just like a monkey. Another chimes in with sound. My brother's lurch forward soon follows. Off sides. They line up again. Your sister is such a pretty piece of ass. Those babies would be fun to shoot. My brother begins to cry beneath his helmet. He is ten, if that, at the time. Where the fuck did you come from with a nigger family? And then the spit, more spit, he cannot wipe away. The play begun he sails to show them he is still steel. He tosses his whole body into tackling, one boy after another. When the teams lock up, we off the field do not know why, just see the play has stopped, the game is over and my brother is jammed in the middle. We can not see the punches from both sides. All my mother knows is my brother weeping off the field, throwing his helmet down and saying, Never again. The coach will call, Boys will be boys. You can't let him quit. We need him to which she responds, You can't protect him out there, and he won't tell me what's happening. My son says he doesn't want to play. I won't force him. That was not the end of the fights. I thought he would be a priest someday, that gentle. The boys made him believe in something different, that his fists had more power than God.

Raina J. León is a Cave Canem graduate fellow (2006) and member of the Carolina African American Writers Collective. Her first collection of poetry, Canticle of Idols, was a finalist for both the Cave Canem First Book Poetry Prize (2005) and the Andres Montoya Poetry Prize (2006) and is now available through Wordtech Communications. Her second collection, Boogeyman Dawn, was a finalist for the Naomi Long Madgett Poetry Award. She recently graduated with her doctorate in education and is currently teaching Journalism/Yearbook and Spanish at an American high school in Germany. She is a co-founding editor of The Acentos Review. 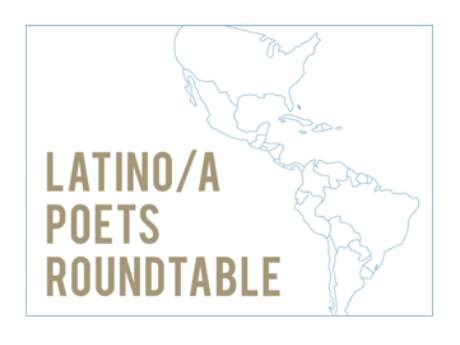