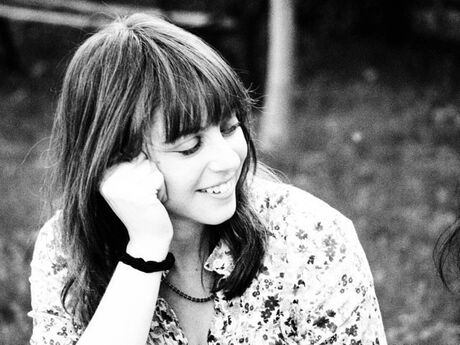 Introduction to the work of Karen Weiser
Prageeta Sharma

Over the past ten years, I have followed Karen Weiser's poetry and have enjoyed her chapbooks and publications immensely. It's with delight that I find To Light Out published last year by the distinguished avant-garde publishers Ugly Duckling Presse—a press known for their great curation. Weiser has been prolific for some time and so, arguably, this is not Weiser's first collection of poetry but perhaps the first of her collections to be perfect bound. A companion book to MacGregor Card's Duties of An English Foreign Secretary (Fence Books)—another superb collection— they both share language and lines and yet artfully depart from each other inviting other kinds of extravagances into their respective books.

To Light Out has a sentient and formal frankness, relishing in sacred abstractions that are in keeping with Swedenborg's "correspondences," to which Weiser refers in her introduction. As Weiser explains, these "correspondences" form a spiritual language-sense presence in words—a kind of inhabiting that allows words and their sounds to "contain natural meanings and inward, spiritual meanings mostly lost to us, like the Puritans' dual registers of language as both sacred and profane . . . ." This idea is coupled with another theme in the work (also mentioned in her introduction): a "static," as Weiser puts, "an originary signature" occurring during the gestation period for the mother that enables a communication or correspondence from the child with which must be reckoned. This newly occurring "static"—from the infant— allows for a new kind of consciousness to emerge. Thus the poems ascribe and notice an embodiment to language that is both exciting and ominous. Certainly, the poems mark this inception as a way to mediate a conversation between our inner life (its sense and registers) and how our language cradles this newness as its sanctity.

Weiser's ideas approach, like Swedenborg, a "nebular hypothesis," an emergent space. In Weiser's poems, the reader can see how a contemporary philosophical sense of the sublime merges with the intergalactic and yet also yields to traditional Romantic sentiments. In the poem "Holding the Emblem of Thought," Weiser's speaker says: "Forget your head/and its bawdy greatness." Similar in spirit to Wordsworth's "jocund company," a pensive mood is lifted with Weiser's elastic and upright verse. And so, somehow, the reader in forgetting his/her head, also, enters Weiser's realm: her head. It is there in her thralldom that I enjoy a rhetoric of consciousness: a persuasive sincerity and biddable authority that keep me rapt in directives for which I must subscribe. Weiser's emblems carry the reader on a hearty journey. Weiser, indeed, is "rewriting the interior music of a body" and masterfully moves the cerebral to her nearly opposite position: "bodily thought."

Poetry happens, for me, when some other kind of thinking occurs. It is a great mystery, one infinitely tangled up with, and dependent on, music. The vagueness of how it happens is perhaps one of the things I like best about poetry. The mystery, in my mind, isn't only on the level of the poem, but exists in each thought—within thinking itself. In his Principles of Psychology William James writes about the large inexplicable unknown at the center of our thinking influencing everything, most especially the words we are given, which become a "felt fringe of relations." James writes:

"In all our voluntary thinking there is some topic or subject about which all the members of the thought revolve. Half the time this topic is a problem, a gap we cannot yet fill with a definite picture, word, or phrase, but which […]influences us in an intensely active and determinate psychic way. Whatever may be the images and phrases that pass before us, we feel their relation to this aching gap. To fill it up is our thought's destiny."

Perhaps poetry in some sense allows for what James calls the "vague" within thinking, recuperates it, furnishes it a place in language. So that poems make sense on a lot of levels, even or especially when they don't make sense; they point to all of that surrounding sense, influencing the little that we can capture.

In my book To Light Out I had been thinking about communication with the unknown, in part because I was reading mystic Emmanuel Swedenborg who communicated with angels and aliens, and he made me think of Jack Spicer, whose poetics also involves listening, as if poetry, like a radio, could be tuned into "the outside" and "the Martians." So here I was thinking about these ideas and then I became pregnant. Then the idea of communication turned inward, turned from a mystical experience to a physical one.

I had also been reading Theresa Brennan's book The Transmission of Affect, a lovely work that talks about the way the Western conception of the individual self or mind as self-contained and separate belies our physical experience, where the environment continually permeates us. Where even emotion can move from person to person through hormones to affect us deeply. And she suggests that instead of this Western conception of the self we could reframe our notion, and one way to start would be to stop seeing the mind and body as separate, which William James also argues. She suggests the body is a kind of intelligence and uses the image of a mother's body directing the cells of the zygote in her womb to differentiate into different parts of the body. This happens without her having any mental knowledge of it. It is, no way around it, communication. And thinking of these ideas I found that her approach takes the mystical and makes it human and environmental. The mystical is embodied, is embodiment, both a mystery and a shared human intelligence. Poetry, when it works, embodies this gaping space that physics tells us is most of everything.

My last thought is that I should tell you that I write collaboratively with the poet Macgregor Card. We have been writing together for years. We compose our poems separately, but we work together to create shared lines using different processes, so if you look at our work side-by-side you will find a correspondence. Perhaps confronting gaping space is best handled with a true friend.