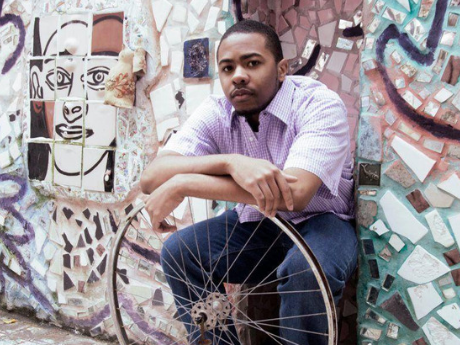 It should have occurred to me there would be a price to pay at some point.

Everything was peachy in the beginning: just me and one word at a time, messing around, arguing and making up again. It was, as with all new romances, a source of excitement. 2009. Jeezy's president was Black and his Lambo was blue. I voted for the Black dude, the blue candidate the past fall: it was my first time voting for anything of consequence, a freshman in college who was hopeful as hell, certain the jobs would all be back by the time I finished school and so everybody's I-banker and consultant dreams wouldn't need deferral. I was on my parents' health care plans till age 26, so I was gucci. I could maybe take a semester abroad and not have to be ashamed of saying I'm American (thanks, Obama!). Then they started dumping tea in the harbor again, except they didn't live near the harbor. Then the troops never came home. Then that rent-a-cop killed that boy and didn't go to jail. Then the movie theater got lit up. Then the elementary school, then the real cop shot 'em, then we took to the streets. Then another school, another cop, another march. Then the clown showed up on cue, coming down that escalator like a fake-ass Sheev Palpatine. And through all that, my boo and I had only gotten more and more serious, by which I mean the smile disappeared from my face, some would say like steam, though I would say like smoke.

A metaphor is a figure of speech in which a word or phrase literally denoting one kind of object or idea is used in place of another to suggest a likeness or analogy between them.

Federico García Lorca's body has never been found: it is the lonely whale crying out in a sea of dirt somewhere in España. Franco forbid even speaking of the assassination throughout the life of his regime; all that power and he could still feel shame, I suppose. The leftist left behind his writings though, a body of work. His ghost has been translated into several languages, including English. His name is another way of spelling warning.

The attempted travel ban rightfully got the early headlines, but I also recall the new administration trying to pull the plug on the National Endowment for the Arts. I remember, like, three people were upset about it and they may have all been me. Do you realize what's possible when you turn the lights out on art? The answer is no because we've never been there before, in this country. The pundits are saying we're in uncharted territory. Constitutional crisis. Moral crisis. Manufactured crisis. I know why the caged kid sings: for their mother, their father. An acoustic guitar is softly played by an invisible hand. Nobody gives a damn. We hand out Grammys and Oscars and wear pins that say Time's Up. And we mean it, but we don't. And we understand it, but something different is being said. I got the chance to vote again and it changed some things slightly, not the courts, but at least the Congress. He's still here running his mouth. I'm still here, running. It appears we're at an impasse. I hope he dies before I do.

"The duende... won't appear if he can't see the possibility of death, if he doesn't know he can haunt death's house, if he's not certain to shake those branches we all carry, that do not bring, can never bring, consolation." ― Federico García Lorca

A metaphor is a figure of speech until it isn't. 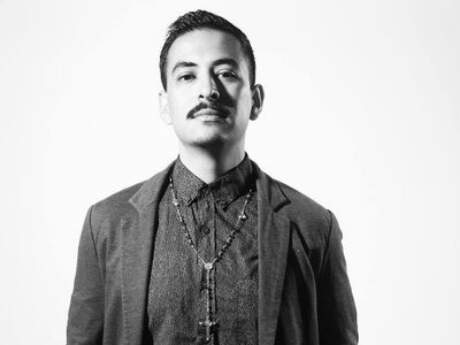 I read a picture book to my son about a father crossing the border with his own son titled "La Frontera." My son just turned one and is too young to know what a border is, or that frontera means border in Spanish, or that there are two languages I am speaking to him, or that they are words that point to something outside of this small world made up of only us two, as he nestles himself next to me in his skinny pajamas before brushing his teeth and going to bed.