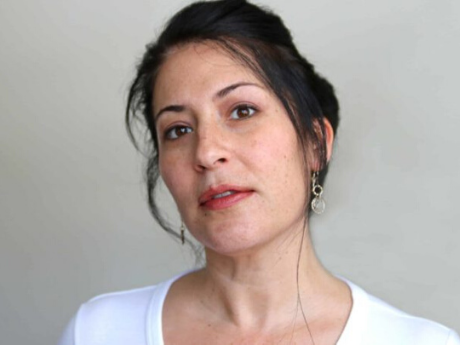 I can safely say that my home state wraps its arms very tightly around my poems and my work. I do not know if I can say I am from America or if I belong to America in some way. And I do very much like our sloppy, clumsy way of destroying the English language. I mean that.

I am probably not the best person to talk about definitions. I like that there are lots of different types of poetry out there in the world and I love some of it so much it hurts. Those are the poems I pay attention to, it doesn't matter where they are from, but rather where they come from in their making.

My sense of being a poet in America is probably not much different than just being a poet anywhere. It's hard. And also, it's awesome. Though my landscape is different, my priorities are the same. I want to observe things, and think about them, and then write about them. I want to eat, have sex, be healthy, be happy, be loved, be safe, be accepted. Those things aren't American, they're human. Being a poet is just like being human, well, mostly they go hand-in-hand.

I don't see that, no. I see forms come and go and new forms get created. It's exciting. I do wish we wrote in forms more often, I love them so. Poetry forms. Not the filling-out type of forms. Those are boring and hard. That's like the opposite of poetry. And the opposite of fun.

Well, it's all part of one another isn't it? Poetry is part of popular culture. Popular culture is part of culture. Everything goes into poetry. Everything. It should. It should not deny you entry. It should say, Come in! And then talk to you. So, it's probably a good idea if it talks to you about a few things you know. Like the news, or good songs, or films.

My own work is inspired by both American poets and non-American poets. Country music and folk music are probably what I find most responsible for driving the all-American train in my brain.

I think everyone is going to start reading it, constantly. All the time. And it will be like this wonderful inspiring culture of reading poems and being kind to one another. I'm really looking forward to it. Aren't you?