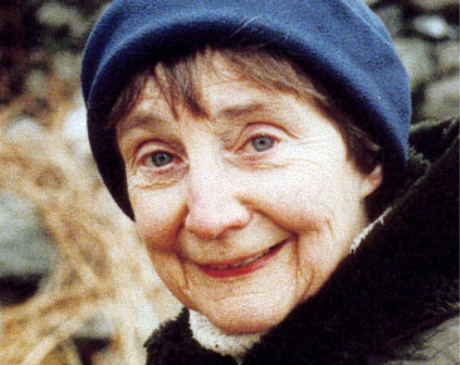 The gist of my response can be summed up in a quotation from Gibbon on the decline of literature in the later Roman Empire.

"A cloud of critics, of compilers, of commentators, darkened the face of learning, and the decline of genius was soon followed by the corruption of taste."

That is how Elizabeth Bishop, in a letter to me dated January 8, 1964, described the literary scene in New York—in the sixties! The decline has accelerated and worsened over the years—though, of course, good poets are writing now, as they were then. It's all a question of identifying them. Where, in all our multitudinous haystacks of indifferent, mediocre and thoroughly rotten verse are the slender, golden needles of true poetry to be found? And how are we to distinguish treasure from straw, given our culture's groveling predisposition to frown on aesthetic value-judgements while heaping prizes on the heads of pastoral sentimentalists or inferior trumpeters of approved social attitudes?

I am pessimistic about the future of poetry, not only in America, but also in England and media-dominated Europe. Too much talk, too much hype, too much putative democracy, too much ignorance, too much self-indulgence, too much encouragement, too much follow-the-leader conformism, too much self-consciousness, too much seek-to-establish-your-identity, too much theory of language, too much academic anxiety, too many writing programmes, too many king-and-queen-making critics, too many competitions (mediocrity assiduously crowning mediocrity); enfin, too many poets. Poetry atrophies in the pressured, artificial climate of an academic hothouse; it withers away under interrogation in television studios. It needs fresh air. It needs to take risks. It needs nourishment from an intelligent audience that has not been brainwashed into supposing poetry serves prescribed political ends. The very fact that you and your colleagues felt compelled to send copies of this questionnaire to three hundred American poets(!) induces a suspicion that in many quarters poetry has become little more than a self-gratifying academic or ethnic/gender-centered option. Not poetry, in other words, but virtual poetry.

Meanwhile, trusting my ear and my sense of what a poem can do to make itself at home in the mind and heart of a human being—of whatever nation—I do from time to time see some new poems that I can instantly place as American, and some that I like very much. These are of many kinds and forms. There is no way to prescribe from the outset what a good poem should be. No categories, no isms, no considerations of race, gender, nation, or even of subject-matter can be hammered into American poetry's Procrustian bed. If a poem is going to last a while, it will. Its future reader-keepers need not necessarily share the culture or cultural values of its maker, though they will surely share his or her compassionate humanity. On the other hand, when poets lose confidence in poetry and instead devote their gifts to writing prose defenses of their national patch for the internet, that, to me, is a sign of poetry's decline in the greater, sacred world of what matters.