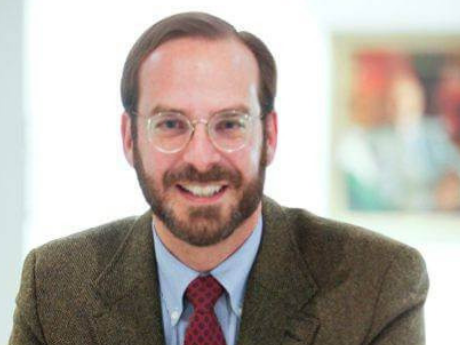 I was born in America and grew up here, so there's that. And people talk differently in the United States than in other parts of the world where English is spoken. The kind of English I hear in bars or in the park, in a San Francisco streetcar or a Florida supermarket—it's American English they're speaking. When people talk in poems that I write, they tend to talk like that (at least I hope they do).

I'm tempted to say that American poetry is poetry written by Americans. But what does one make of T. S. Eliot? Isn't he (to adapt Robert Lowell's famous line about Ford Maddox Ford) "the finest French poet in the English language?" Eliot can trance-channel a British publican or imitate high-society chatter on the Continent. But his view of Cape Ann, for example, is still American. So I guess I'm going to stick with my first thought, that it's poetry written by Americans. It's as diverse and idiosyncratic as the poets who write it.

I tend to write about places I've lived in and places I've been. Though I was raised in cow country, outside of Albany, New York, I am pretty much a city poet these days. Maybe that will change if I move at some point. All the aspects of life that you mention relate to what I write. I would add to them parenthood, which seems to me a deep and mysterious kind of love.


Is there something formally distinctive about American poetry?

Anything goes in American poetry, doesn't it? For better or worse. It's exciting, all the possibilities, and also daunting a bit. Generally, I would say whatever works. Of course, good poems are hard to come by, so it seems right to avail oneself of the greatest poems of the past and present. Steal shamelessly and make it your own.

I'm working on a poem now that mentions a number of John Cassavetes films. I love Cassavetes. I first saw his work during a city-wide festival in Paris in the 90s: Opening Night, Husbands, Woman Under the Influence. Completely amazing. Also amazing that you could smoke in the theaters.

I sometimes think about different traditions, but I'm not sure I know what "my tradition" is, nor (perhaps in a Borgesian sense) is it for me to say. I have lots of favorite American poets (whose poetics are American because they are), but I would say Frost is the one I come back to most often just now. The last lines of "Directive"—"Here are your waters and your watering place. / Drink and be whole again beyond confusion"—are on my mental iPod's perpetual playlist at the moment...

I think the great American poet Marianne Moore got it right when she wrote that "there are things that are important beyond all this fiddle. / Reading it, however, with a perfect contempt for it, one discovers in / it after all, a place for the genuine." True then and true now.