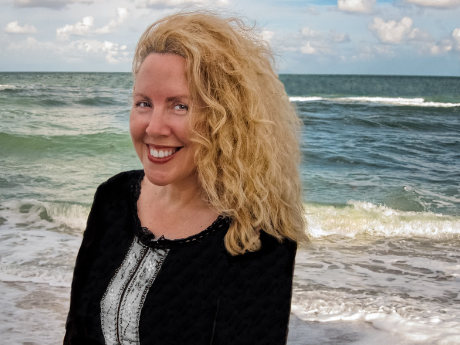 My poems about Barbie, the doll, from my book Kinky (Orchises Press, 1997) were just translated into Romanian and appear in a literary magazine there. My husband Nick Carbo who is Filipino by race (and Spanish by birth) just had his poems translated into German and appear on the web. It seems to me that the globalization of poetry can only be good for American poetry. Is a McDonald's in Tokyo all we, as Americans, have to offer? I think not.

The interesting thing about the Romanian translations of my Barbie poems was the translator's introductory remarks (translated back in English) which I excerpt here:

The universe of the Barbie doll imagined by Duhamel is rather paranoiac, although the poet longs to render the famous doll human, making her act like a being in flesh and blood. Of course, the subtext hides the expansion policy of the Barbie doll (feminism sickly reflected at the level of toys), which is derailed from the direction of the Golden Age, in order to become a fantasy, a manipulated tool...However hard Duhamel tries to make Barbie look like a victim, the doll remains the work of a 20th century Frankenstein. It is a Golem endowed with sterile, monstrous sensuality, despite its plastic innocence. If Barbie is the phantasmal double of the woman (as erotic and erotic-inspiring), then the Last Judgment is approaching insidiously in these terrifying toys!

The poems, which Americans read as campy and funny, are taken with extreme seriousness by this Romanian translator. Though familiar with American idiom, she was not American herself. Perhaps that's why the silliness of the poems escaped her? I found it fascinating to have the poems read on that different, almost highbrow, level.

A British friend of mine was recently reading one of my poems and asked, "What is a candy striper?" American poetry is full of American slang and idiom that we don't realize is there until we have outside readers. More than nationality, I identify myself by gender. I'm very concerned with feminist poets, and that, more than anything else, puts me in a more global context.