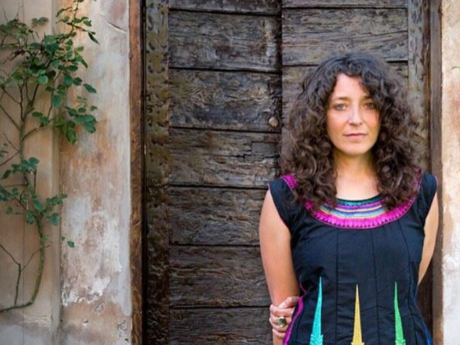 First thought: provincialism. Second thought: the nerve and negative liberty that go along with it.

For Etel Adnan, American English conveyed the sweep and restlessness of California in the sixties. Pierre Joris chose American English because it bespoke the recent unyoking of Europe from fascism, and in literary terms, release from the re-ruminations of French surrealism. Kamau Brathwaite esteemed a raspy sand-like scraping in the revolt of white American poetry against the fog of English verse. These are American poets. Do their associations of American poetry with release hold for a younger generation?

Current market myopia, diminished support for the arts and for foreign language education, and the injunctions of specialization ("professionalism" and its contents) have the potential to render American poetry more provincial than before. They threaten to restrict the scope of passion and intellect in this country even as degree programs swell its production, so that an aspiring reader/writer without the means to opt out of the work force may well feel senseless pressure to place in an interminable parenthesis those foreign writings she was lucky enough to discover in U.S. bookstores: by Sappho, Catullus, Dante, Petrarch, Issa, Baudelaire, Rilke, Lorca, Campana, Pessoa, Milosz, Glissant, Vianna Baptista, for example. (This is to name only poets—but I do not believe in a hard and fast distinction between genres of influence.) Those who have generated distinctly American poetics, such as Whitman and Dickinson, Ezra Pound, Gertrude Stein, Langston Hughes, Louis Zukofsky, Gwendolyn Brooks, John Ashbery, Frank O'Hara, Hannah Weiner, Bernadette Mayer, Lyn Hejinian, Shanxing Wang, alongside many others, did not seal their idiolects off from what would have been broadly illegible ("in the face of all remonstrance," notes an essayist who made Whitman's acquaintance in 1860). Many of them have committed acts of translation—intimate barter with the still-unassimilated being an atypical but distinguishing element of an "American" poetic practice. In the coming century, uneven but amplified access to other poetries and media should implode the constrictions of poetic education and distribution as they presently stand, and English ought to be transformed and provincialized in turn, rather than blotting out other tongues.

My poetry renders to sense a responsibility for any speaker's participation in a choral social structure, willed or non. Even as dislocation appears to be a topos of "American poetry," one I share, this desire to expose the person's structural hooks holds my work to a certain order of site-specificity—with the understanding that class, gender, race/ethnicity, locality, and nationality all constitute sites of accountability as well as inflicted constructs.

The rhythm, syntax, and lexicon of near-remote mother vulgates were known to my home nondiscursively, through their collective occupation of the English language, furious artifact of no comprehended belonging. Around the year that my great-grandparents crossed the Atlantic to the Lower East Side, an expatriated Henry James returned to the metropolis of his birth, and sought to ascertain the "Accent of the Future" to be formed by the "alienism" now at home there. But he found the amalgamated facts "too large a mass for a mere mouthful…, as if the syllables were too numerous to make a legible word." The language of the future hovered over him in that melee, where it hovers still: "The illegible word, accordingly, the great inscrutable answer to the questions, hangs in the vast American sky…as something fantastic and abracadabrant, belonging to no known language." I write in search of that word, that language.