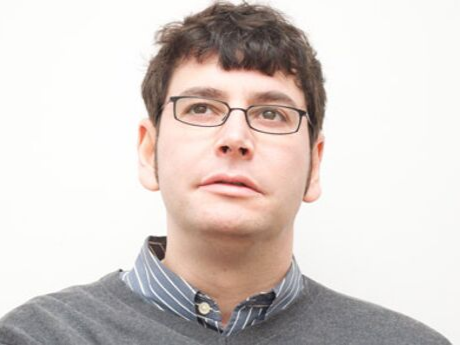 Born in Manhattan, raised in New Jersey, sojourner in New Orleans and Montana and San Francisco and upstate New York, now living in Chicago…. I have tested the boundaries of my original suburban Americanness about as thoroughly as possible without living overseas. And my concerns as a poet are American, the writings of a subject of a global empire in decline, shuttling among nostalgia, critique, and a goofy, know-nothing optimism.

We gave birth here, I think, to notions of "raw" and "cooked" poetry, mostly by inventing the former category. But it's as American to reject America, and to look elsewhere for models—to merrie olde England, existentialist France, medieval Japan, what have you—as it is to hunker down in all this SPACE (Chas. Olson) and sound our barbaric yawps.

Put another way, American poetry is more a characteristic rip or rift in global poetry than it is its own integral art form in the manner of painting or film.

As I mentioned, I'm a child of the suburbs, a beneficiary of the this-space-intentionally-left-blank check of globalization, a bill that's now come due, inaugurating, some say, the post-postmodern era. I'm also an assimilated Jew, without a lick of Hebrew, never Bar Mitzvahed, yet heir to a tradition of querulous questioning, propaganda by the word, and impossibly gleaming ethical standards, which is just the flip side of a helplessly intimate knowledge of evil—a profoundly un-American sort of knowing. So I'm the ultimate insider who says Yes, but; the ultimate outsider who's never gone hungry but knows it could happen any day, any time.

While as I intimated above there's something invidious and false about the raw/cooked distinction—or at least the "raw" can make no verifiable claims to greater authenticity, greater Americanness—we do seem to specialize in forms of insouciance and disobedience, dating back to Whitman and updated through the likes of Frank O'Hara and Alice Notley, that manifests in one kind of American poem as a loose-limbed, inclusive and open quality: free verse that submits itself to the test of what Louis Zukofsky called sincerity and perfect rest. But Italian sonnets and poems drenched in white space and French theory are American too, or can be.

If by tradition you mean something like my own personal sense of lineage, I've said elsewhere that I owe Wallace Stevens the most, and by extension his synthesis of a fantasy of French ratio with the American romanticism of Whitman, Thoreau, and Dickinson. Speaking more broadly it all comes down to Whitman and Dickinson—the long breath and the short gasp, the ecstasy and excess of a lyric that won't stay put but pushes persistently into allegory.

We'll see more video poetry and Twitter poems but these are superficial phenomena. More significant will be the collapse of the institutions that traditionally regulate poetry, which will be replaced by… what? Unless and until the academies and New York houses and magazines stand in ruins, poets will be cultural hustlers and nomads, tribal as always, but more and more inclined—I hope—to mutual aid, new ideas of readership and thinkership, and the spirit of DIY, carving out space for the imagination that is a real space, chora, surrounding and floating new possibilities for the I and We.