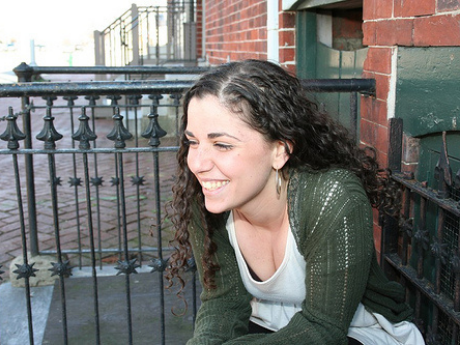 "American poets have always been one of the real sources of news—news you couldn't get from Time/Life."

-Allen Ginsberg, interviewed by Paul Carroll in 1969 for Playboy

Like Whitman traveled to the Rocky Mountains and remarked that in the land's natural formation, "I have found the law of my own poems," I have had the experience of reading poems whose laws formed a picture of particular American landscapes. Without traveling to Gloucester, MA or Amherst, MA, Patterson, NJ or Black Hawk Island, WI, I saw those Americas while reading Olson, Dickinson, Niedecker and Williams, and underwent each poet's manner of shaping and organizing language, like a farmer moving across the country and working his fields of land into plots.

The same process of coming to know is true of how I first saw other American geographies and regions, and came to understand tropes like: the open field, the company, the big table, the American Sentence—this process is one where writing forms an object, and where, as Zukofsky says in Prepositions, words "are absolute symbols for objects, states, acts, interrelations, thoughts about them."

In Specimen Days, Walt Whitman calls for a new American poetry that would allow to be seen "all those inimitable American areas fused in the alembic of a perfect poem, or other esthetic work, entirely western, fresh and limitless—altogether our own, without a trace or taste of Europe's soil, reminiscence, technical letter or spirit."

After Ferlinghetti heard Ginsberg reading Howl at the Six Gallery he said, "I never saw anyone read that kind of poetry before. I never saw the world like this before.. . [Ginsberg] can show you reality that you've never seen before."

During a conversation with students at Kelly Writers House, Myung Mi Kim addresses the potential for saying it and the politics linked to groupings or definitions like "American Poetry:" "I think the whole notion of untransibility, unsayability, the unsayable remains a profound interest again both linguistically, culturally and politically. The what isn't there, what isn't, what can't be said. The kind of immanence and the emergence implied in that state of the unsaid, I think, has to be a certain kind of social force. "