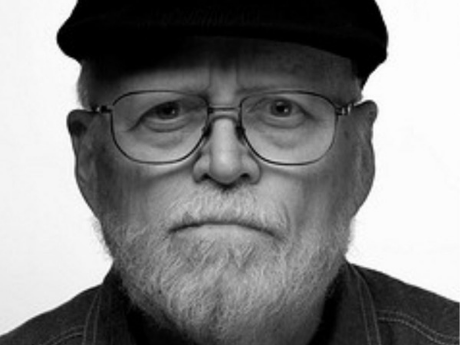 To be an "American poet" is a choice, one that I personally made three decades ago when I pondered the alternatives between leaving a United States that was then engaging in an openly imperialist war in Indochina and staying, which meant resisting the draft and risking imprisonment.

"Primarily " is a funny word. The writing of the troubadors and of Dante, Bertrand, Baudelaire, Blake, Lautremont, Lorca, Mallarme, Rimbaud, ponge, Li Po, Brecht, Duchamp, Mayakovsky, Wordsworth, Basho, Khlebnikov are all central to my understanding of myself as a poet. For me, one of the distinguishing attractions of the avante-garde "tradition" has been its historic internationalism. Anglophilia is a disease that American poets have struggled with since the days of Poe, but it doesn't mean that Bunting or Raworth are not great poets with absolute relevancy regardless of where one lives.

Absolutely- - moreso, in fact, than can be said for "American painting." Poetry is never separate from the social and historical circumstances in which it was written and read. The same forces that created the United States and made it different form any previous nation have been active in our writing Ms. Bradstreet. American poetry certainly had ceased to be a tributary of British poetry by the middle of the 19th century- - Whitman and Dickinson are "unthinkable" as island poets of the united Kingdom. While there have been influences back and forth between the US and Britain, the same can be said for any of the major European nations over the past century.

A Fair amount. There are very few nations where one can move 3,000 miles and still live within the same national state, and that has a dramatic impact. It creates issues that , say, French or British poets never have to face. There are lots of good poets whose work is far too restricted to distinct locales, ranging from Lisa Cooper in Tucson to Kofi Natambu and Glenn Mannisto in Detroit to DF Brown in Houston to Gil Ott in Philadelphia to Paul Piper in Missoula to a rural writer such as Wendell Berry on his farm in Kentucky.Whenever I travel, I discover new treasures of writing.

Lots. But I don't think that American poetry "is" so-called popular culture nor should, in the vulgar sense, be "about" it. One test of a good poem is that it is as current as the latest fad or frenzy and yet could be understood as wonderful and "current" in 100 or 500 years. Robert Creeley's poetry is a great example. So was that of Emily Dickinson. So was that of Frank O'Hara.

They're all in the mix. Stein is one of the quintessential writers of this past century- - every poet lives in her country, whatever we think that might be. The contribution of foreign-born poets in the US tends to be focused around their sense in that literature in which they see themselves participating. An Anselm Hollo is a distinctly American poet, even though born in Helsinki. An Ilya Kulik is a distinctly Russian poet, even if he lives in Evanston, IL.

Yes, but coming from the lower reaches of the working class I find myself limited by my own monolingualism.

Class is the great hidden identifier in American life. Since I tend to focus my poetry on that which id "hidden in plain view," class has probably been foregrounded in my work and my sensitivity to it has been increased as a result of being a poet.

No. There have been far too many experiments demonstrating the importance of context in determining meaning.

"Political Correctness" as a social phenomenon is largely the paranoid construct of some of my fellow white males who know in their heart of hearts that, in a world governed by actual merit, their work (and consequently their social position) is best understood as a white supremicist (and male supremicist) movement, has nonetheless hardened positions all across gender, racial, and ethnic spectra. This has consequences that are negative across the board- - some, but not all, people read the work of Langston Hughes, one of the truly great American poets of the 20th century, but even these readers often neglect the very best of his poems, the quiet, objectivist lyrics that are almost never gathered into anthologies.

It will be fabulous, problematic, troubling, wonderful- - and unlike anything we imagine today. Just as the Beats grew out of the affluence and McCarthyism that followed World War II and Language Poetry grew out of the Vietnam experience, the great literary tendencies of the next one hundred years will be determined in good part by upheavals we can ony guess at today. As always, the best writing will not be "platform dependent," even if some of it does use newly emerging technologies.