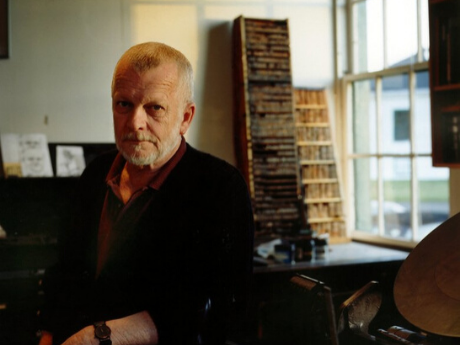 Hence "American" poetry— as can be clearly seen— is American in exactly the manner in which its authors brought gifts from other tongues. Without French poetry and philosophy, there would have been no Pound, Eliot or Stevens, for instance. EP, the first modern American poet, was a classics scholar who spent his lifetime enriching his poetry through the study of ancient cultures. Williams and HD and Eliot all translated and were students of the classics in varying degrees.

My tradition includes enormous quantities of classical Chinese and Japanese poetry and philosophy (which I translate and which also shape the way in which I conduct my life) as well as Greek lyric poets (which I've also translated), Russian and Estonian and Polish poets ranging from Akhmatova and Milosz to Jaan Kaplinski. I grew up on Rexroth, Rukeyser, Gary Snyder, Merwin, and Levertov. All translated. And Lorca and Neruda and the modern Greeks in translation. Neither poetry nor culture is self-originating. As the Russian painter Maurice Vlaminck told Pound: "Intelligence is international; stupidity is national; art is local."

I predict that American poetry will decline, if it is not already beginning to decline. I have been on record as calling the past hundred years of American poetry the most important time for poetry since T'ang Dynasty China. But I also believe that the poets born in the 1920's have largely dropped the ball in terms of critical writing. Consequently, literary criticism in the U.S. is perhaps at an all-time low. My generation of poets (born between 1930 and World War II) has produced a number of very fine poets, but almost no first-rate critical writing.