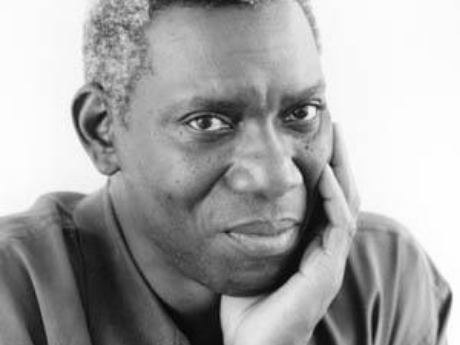 So,
when the strong unholy high winds
whiplashed over the sold-off marshlands
eaten back to a sigh of saltwater,
the Crescent City was already shook down to her pilings,
her floating ribs, her spleen & backbone,
left trembling in her Old World facades
& postmodern lethargy, lost to waterlogged
memories & quitclaim deeds,
exposed for all eyes, damnable
gaze & lamentation—plumb line
& heartthrob, ballast & watertable—
already the last ghost song
of the Choctaw & the Chickasaw
was long gone, no more than a drunken curse
among the oak & sweet gum leaves, a tally
of broken treaties & absences echoing
cries of birds over the barrier islands
inherited by the remittance man, scalawag,
& King Cotton, & already the sky was falling in on itself,
calling like a cloud of seagulls
gone ravenous as the Gulf
reclaiming its ebb & flowchart
while the wind banged on shutters
& unhinged doors from their frames
& unshingled the low-ridged roofs
while the believers hummed
"Precious Lord" & "Deep River"
as the horse-hair plaster walls
galloped along with the surge,
already folklore began to rise up
from the buried lallygag & sluice
pulsing beneath the Big Easy
rolling between & through itself,
caught in some downward tug
& turn, like a world of love affairs
backed up in a stalled inlet,
a knelt-down army of cypress,
a testament to how men dreamt land
out of water, where bedrock
was only the heart's bump
& grind, its deep, dark churn
& acceleration, blowzy down
to those unmoored timbers,
already nothing but water
mumbling as the great turbulent eye
lingered on a primordial question,
then turned—the gauzy genitalia of Bacchus
& Zulu left dangling from magnolias & raintrees,
already…

When Katrina clobbered New Orleans and the Gulf Coast, I was in New York City, left speechless and humbled, and never thought I'd write a word about my confused, angry feelings. But shortly after the devastation, the editor of Oxford American, Paul Reyes, requested that I write a poem; after thinking about it for a day or so, I said yes to the task. I knew I wanted to attempt to capture a continuous motion, looping and winding, dredging up and letting go... It is this embracing of "Requiem" that has fueled my periodic impulse to venture toward a longer meditation on the history and folklore of the Crescent City. 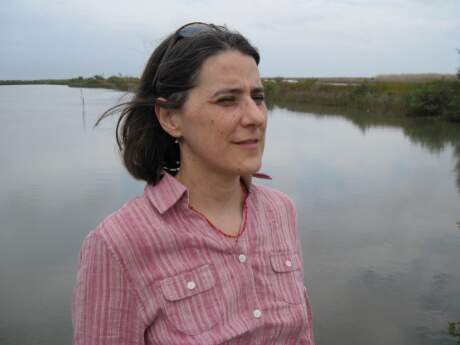 As Hurricane Katrina approached Grand Isle, thirty miles from my hometown of Galliano, I was in New Haven, teaching at Yale Divinity School for a semester. I was staying in a student apartment alone with no television. I called my family in Thibodaux often to check on them. Eventually they evacuated to New Iberia, a few hours to the west.