Stopping by with Leanne Shapton 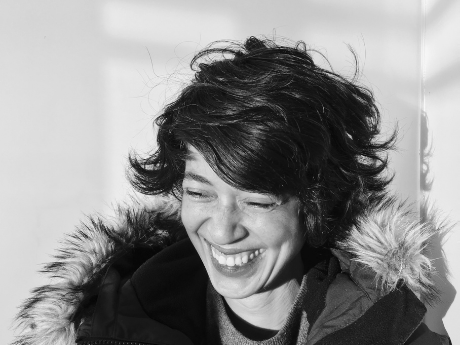 Leanne Shapton is an author, artist and publisher based in New York City. Shapton's Swimming Studies won the 2012 National Book Cric's Circle Award for Autobiography. Her most recent book, Guestbook, is a collection of image-based stories. Shapton is a Fellow of the Royal Canadian Geographical Society.

“Don't Give Up,” the Peter Gabriel song, covered by Willie Nelson and Sinead O’Connor. I loved the Gabriel song when it came out, also the video of him and Kate Bush in each other’s arms. A dear friend, the musician Jim White, put the song on a mix that’s become a Covid soundtrack. My daughter was abstractedly humming “Don't Give Up” one day, so we sat together and listened. I love the sense of despair and reassurance, which, in that order, I’ve been feeling and needing, and also, its relevance to Black Lives Matter; themes of struggle and belonging. Sinead O‘Connor made the cover with Nelson in the middle of her Pope controversy. The song came out in 1986, and Nelson and O’Connor covered it in 1993. White said of Nelson, “He doesn’t mind covering songs that haven’t been out for ages, even though he's one of the greatest song writers.” I like that it feels very raw and personal, but can expand and feel like a political cry.

Who Do You Think You Are by Alice Munro. I read it when I was fourteen or fifteen. It opened me up to my own ear and made me want to write.

If they care to, I think everyone should look at Interview by Hans-Peter Feldmann and Hans-Ulrich Obrist. It’s a quick read and always reminds me that most communication is non-verbal.

When I was around eighteen, I saw a National Film Board documentary on the novelist Timothy Findley. At the end he talked about how, as a child in Toronto in the ‘30s, at his bedtime, his father would stand in Findley’s bedroom doorway smoking a cigarette, and recite poetry into the dark room. Findley then, to camera, delivers in full, A.E. Housman's “With Rue My Heart is Laden.”I started to pay attention to poetry differently after that moment—how a poem about the first world war could be a lullaby, and how efficiently poetry could shape feeling. I love poetry read aloud.

I miss restaurants, dance floors, theaters . . . all of it. Anything that puts us all shoulder-to-shoulder. Six feet is the depth of a grave.

At this moment: “Vote." I’d put it on everyone’s screensaver. And post-election I’d love default screen savers to be either CPR instructions or a list of telltale signs of child abuse.

I’m interested in what phrases will come out of the reckoning. I’ve always loved “Am I Not a Man and a Brother?” which was inscribed on medallions and became the catchphrase of British and American abolitionists. I wonder if “I can’t breathe” will echo, the way Black Lives Matter already does. I love the transmission of language, the way we lose source and a phrase becomes culture. It names a moment, and I think that naming makes history.

I’ve made a lot of lumpia and a lot of plaster sculptures, and have made a rag rug out of old clothes. Tearing fabric apart has felt right.

Stopping by with Naomi Shihab Nye

Stopping by with Lewis Miller