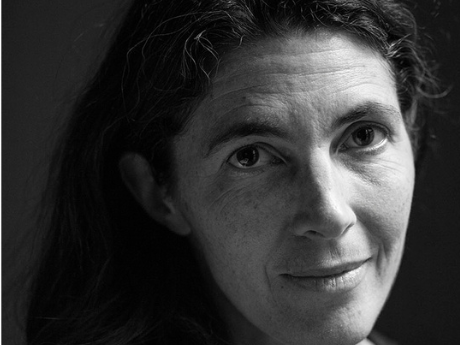 Rachel Cohen has written essays for The New Yorker, The Guardian, The London Review of Books, Apollo, The New York Times, The Nation, The Threepenny Review, The Believer, McSweeney’s, and other publications, and her essays have been anthologized in Best American Essays and in the Pushcart Prize Anthology. Her third book, Austen Years: A Memoir in Five Novels, was published by FSG in July 2020 to critical acclaim. Austen Years is a meditation on reading, having children, the death of her father, five novels by Jane Austen, and reading again in times of isolation and transformation. She is the recipient of a Guggenheim fellowship and keeps a notebook on looking at art on Instagram.

We had this very good luck, recently, that we were able to go to Paris for a few weeks. It was a trip planned for 2020 – I was going to do some research for a book on painting and time, and my husband was going to teach in the University of Chicago abroad program – and it was canceled of course, but then, two years later, we were able to go. I saw a lot of art, threw myself into looking after these years of not traveling. On the second-to-last day of the trip, I went to the Pinault Collection at the Bourse de Commerce where they had an installation of paired works by Felix Gonzalez-Torres and Roni Horn. Those two artists had had a long, important friendship up until Gonzalez-Torres’s death, and Horn had helped to curate this installation. It was very spacious and tender and acute. Walking through the red beaded curtain of Gonzalez-Torres’s “Blood,” (1992) was an evocative and clarifying experience. I remembered AIDS activism that I was a small part of in Paris in 1993, and I understood some things about process art and the kind of interventions in perception that those two artists are trying to make. I could really feel it in that space, that the art was not bounded in the objects, but circulating in the space with us.

Not too long after I moved to New York, which was in 1995, a poet I met showed me a copy of Another Republic: 17 European and South American Writers, edited by Charles Simic and Mark Strand, and I got a copy, and eventually another. Some of those writers maybe I’d encountered, but for a lot of them it feels to me as if the origin of my reading them was in that book – Fernando Pessoa, Francis Ponge, Zbigniew Herbert. Around the same time, I went to a poetry reading that Jean Valentine gave, and she read her poem for Osip Mandelstam, and I started reading Mandelstam, Akhmatova, and Marina Tsvetaeva. I wrote a whole book of essays about Pessoa, Mandelstam and Cavafy that was never published, and for a while I thought I might write a biography of Mandelstam, and I kept working on ideas that came from Pessoa, Cavafy, and Tsvetaeva. Those poets really were one important set of strands running through a lot of my thinking and writing for nearly twenty years, and I’m returning to some of that thinking again now.

When my sister and I were little, we had a great-uncle, Lionel Okun, who lived in London, and he gave us a little four-volume set of poetry books that were fairly common in England. It was called An Anthology of Verse for Children, and it was edited by James Britton. Inside are beautiful, mysterious poems, and witty ones – Blake, Dickinson, Christina Rosetti, John Clare, Robert Louis Stevenson, Frost, and Lewis Carroll. I don’t have a very specific memory of reading them, but whenever I see the covers, which are striped like wallpaper – one blue, one red, one yellow, one a strange aquatic green – I have a strong feeling of the thickness of the touch of the paper, and a sense of holding them close. After our daughter was born, I assembled them again, and one volume was missing, so I got a replacement on the internet. They’re in her room now, and sometimes I pick them up; when I open the books I’m carried by those poems, like a body of water I grew up swimming in.

Toward the beginning of the pandemic, partly because of a friend who was reading a lot of Francis Ponge, and partly because I’ve been trying to sharpen my own language, and to learn to get at things by coming at them again and again from different angles, I found myself returning to some little books of Ponge’s work that I’d collected up over the years – Vegetation and On the Nature of Things beautifully translated by Lee Fahnestock, and the wonderful The Table, translated by Colombina Zamponi. When we were in Paris, I promised myself that I would get the complete Ponge, and I brought it home, and I’m reading here and there in the prose now, which is in a way quite different, some of it is almost casual, talks he gave, but it’s run through with the same preoccupations, trying to understand words and things, and what it is to make something. I’m also reading James Baldwin’s novel Just Above My Head, beginning Rachel Cusk’s Outline, wandering in some art books, and, for the manyeth time, looking to Vijay Seshadri’s That Was Now, This Is Then.

I live in Chicago, in a city blessed by a very deep tradition of public art. During the pandemic, I felt especially fortunate to be able to visit regularly works of art that are out in the air, and I published a couple of essays, one was partly about murals by the great William Walker, and another was about a statue of Gwendolyn Brooks that’s in a park in our neighborhood, the first statue of a Black woman in a public space in Chicago. I think public art is central in the reckoning that all our communities are going through right now. Brooks and her friend Margaret Burroughs are guiding lights here on the south side of Chicago, and the work they did to support other visual artists and poets, some of whom were children in schools, others people who had been incarcerated, or people in situations where they wouldn’t get treated as artists and poets, that work of Brooks and Burroughs is a legacy I feel fortunate to live geographically right in. I’ve written about their work for different magazines, and I continue to think about it for the books and essays I’m working on now.

I think it would be very hard to quote from, because all her writing is so carefully worked out at length, and over time, but I have a sustained interest in Layli Long Soldier’s book Whereas, and I can kind of imagine that book, maybe quite a lot of that book, written out over a large space. Maybe on a series of stones throughout a city, or on park benches, in a city with more park benches than usual. But really I’d want to ask her where she thinks it should be, because the questions of land, demonstration, ownership, inscription, are so complex for the Native writers and artists whose work I study. I gather that Long Soldier’s more recent work is partly about creating secluded spaces, so I wonder whether, and if so where, she might want that book written out.

How have the last two years changed you and what will take with you into a post-pandemic world?

I guess I’m now feeling that there isn’t a post-pandemic world, there’s just this continuing difficult project of our political, environmental, epidemiological, economic and technological life. Surprisingly, to me, during the pandemic, a couple of forms of remote activity have actually become quite important to me. Teaching online and posting in the online notebooks I keep about looking, those forms of work have turned out to be anchoring, and to be ways of offering experiences of writing and reading and paying attention to art, and also of really learning a lot from the concentrated work other people are doing.

I’ve given Zoom lectures about looking at art for museums, and taught a series of classes on zoom through the 92nd Street Y, and I did a wonderful twitter-based read-together of Jane Austen’s Persuasion with the great literary magazine A Public Space. Several of my courses have been on novels by Jane Austen, because I published my book Austen Years: A Memoir in Five Novels near the beginning of the pandemic, and then was interested to see that there was an enormous appetite for Austen, for her concision and security, but also for her bravery and grief and abolitionism. I just taught a course on Virginia Woolf, To the Lighthouse, and painting; I’m eager to extend the thinking that began in that course with those wonderful students. I also keep an Instagram account where I post things I’m learning about looking closely at paintings. I love being able to be connected to people who are living and working in Beijing and São Paolo and Berlin and around the corner from me all at once; it’s a kind of accelerated research and conversation. Even as more in-person life becomes possible, I expect to keep doing that kind of teaching and posting.

I’m working on a book about art and time. Ways that artists have thought about time, ways that perceptions of time have changed through history, and ways that we experience time when we’re in the presence of art. So, for example, the way that Japanese woodblock prints would show the times of year circling around the city of Edo, and the influence those prints had on the Impressionist painters who were thinking about how to work with times of day and times of year in painting while the revolution in photography was taking place and changing everyone’s sense of time and memory. I think it’s very relevant for the changes in our sense of time that we’re experiencing in the midst of these profound technological and environmental changes. It’s a pretty sprawling book right now, settling in corners of many cities and many histories…

Stopping by with Mira Jacob