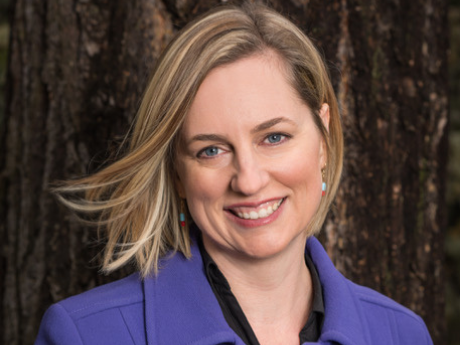 from Her Wilderness Will Be Her Manners

No one could be sure which observation would prove

from Her Wilderness Will Be Her Manners (Fordham University Press, 2021). All rights reserved. Reprinted with the permission of the author.

“No one could be sure” is an attempt to capture the wonder and uncertainty at naming the new, the other. It appears near the beginning of my book Her Wilderness Will Be Her Manners (Fordham University Press, 2021) and was one of the first poems written in the series. Throughout the book, the question of naming and who gets to name returns. Whose viewpoint is recorded for history, who determines what is a “natural body”?

My “footless birds of paradise” are the first tropical bird specimens brought back to Europe from trading expeditions. They arrived in their crates footless, leading to the belief that they remained in perpetual flight. The phrase “gesture of remembrance” also occurs throughout the series and was found in Rachel Poliquin’s exquisite The Breathless Zoo: Taxidermy and the Cultures of Longing. Poliquin’s book delves into the art of taxidermy, and the human desire to find meaning with and within the natural world.

I found The Breathless Zoo by chance at Powell’s Books and it led to years of research. As I began reading the accounts of early explorers and taxidermists, I realized women rarely appeared, or if they did, they functioned as a description of nature as the mysterious “other.” The women who did appear were regulated to the position of wife, or typist, or assistant, and thanked in the preface for their kindness rather than their intellectual contributions. I became obsessed with finding the work of women writing about the lives of the women mentioned in footnotes and the accounts of women working in science. I mined language from natural history texts and taxidermy manuals from the 1800s to reveal the perception and the reception of women in male-dominated scientific pursuits. I created visual collages of my bibliography to highlight and “keep forever” the women who did the early work. The images in the series were created in conjunction with writing and revising. Inspired by the collage process of my writing practice, I wanted to physically manipulate and inhabit the images that I was so intimately repeatedly viewing. Throughout Her Wilderness, both language and visual collages combine to investigate taxidermy, natural history dioramas, and visual perspective as it relates to bodies and landscape. It is an experience of looking for woman’s work in American natural history museums. To see photos from the book and the images that inspired my writing, please check out my Instagram @sarahemangold.