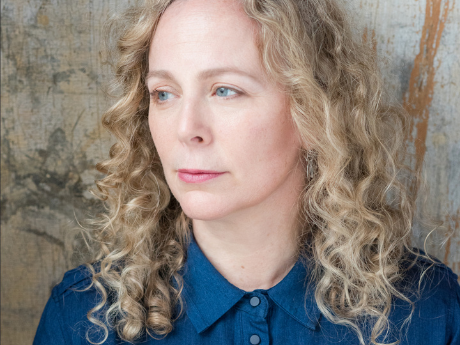 Bind the body in bondage to God, the blood flow
slowed steals the quick out of the bullet's rip,

makes you unstoppable for that flight
of blade that smites the godless bodies.

A streak of dominos falling from your
welded touch, a stroke of devoted luck.

prone, your target, and your flash attack bates
the ineffective smack of bullet. Bodies lie.

Arms are in evolution, now created to cap
this newfound spectacle: a man who dies for love

of the afterlife, no country here his own.
Stories say that women passed, bound their breasts

and spun through town, whirling dervishes
wielding the kris. A fearless edge that gave birth

to the Colt .45, engineered to stop the juramentado.
The latest weapon in the battle of gods.

Ministering Angels, as it interrogates with inventive specificity a group of individual histories, in this case, Filipino Americans during World War II and after, also adds an eloquent voice to a world poetry (as exemplified in different ways by Rukeyser, by Nelly Sachs, by Darwish) of displacement, of an experience of exile that can be internal, of the human realities and costs of war. There is no question in reading these texts that one is being guided through these landscapes by a poet as sure in craft as in historical vision, giving the reader the pleasure of this virtuoso reach, lyricism, control, while investigating (in the poet's own words) "the consistently manipulated dividing lines of culture and power."