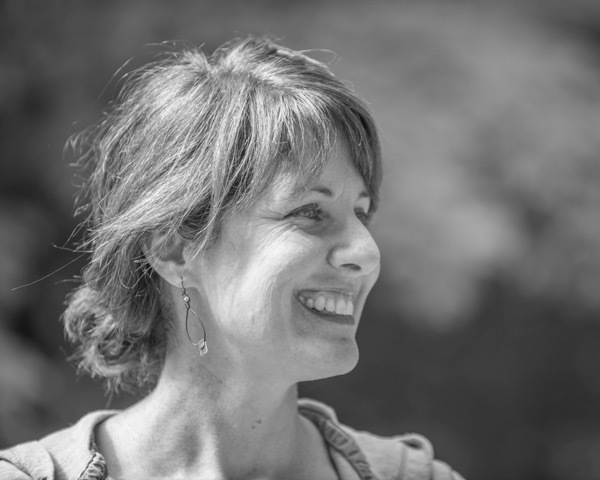 In the middle of the night I find myself in a thematic seminar. Tables
have been pushed together into a square "O" so that no one's facing

another person's back. Where the young seminarians sit in the middle
of the night, I begin to see what the theme is. It's like a thin path

of starlight threading through a chorus that hasn't begun to sing. And
just at the end of this thread, someone or other will solo. Silence is scarce.

Silence is depleted. It's hard to say what silence is. I like the seminarians.
By this time they have taught me their spirit animals. They are scientific

and kind. They would measure silence carefully, find it a quantity, an eco-
nomics, some new consideration of home that won't be so blurry as ours.

And though I am listening with great interest, and though I envy them
their disciplines—silence is scarce, silence is depleted—the measures of silence

and enticing tangle of qualia and connotation. Depletion has always
sounded clean, like pleats, what they call knife pleats on skirts or kilts.

Depletion appears to have a clean edge, unlike other words caught up
in the idea of removal or reversal. But where pleats root in folding,

depletion roots in full space, the plenum. To remove from or reverse
out of full space is the endless work of depletion. But how to imagine

this as quantity? Some of the seminarians will become future doctors.
Do they know that depletion therapy was once the measure doctors under-

took with patients, bleeding them back to an imagined balance of humors?
That just like that a paradigm can colonize the mind until its told Enough,

you're doing harm? The measures are being taken today future doctors
will have to decry? If silence has a somewhere entirety, a faraway plenum

played out here as a revolving material-imaginal, flickered as a wheel,
as a fullness in the analogical sense that you are, or I am open

to running out of time, then I imagine silence might also be finished
being depleted, down with lancets and fleams and blood-thirsty bowls.

In the middle of the night I see a body has its pivots of time and courses
of travel, its several reasons fastened to departure. In the stars, a bow draws

taut, and tauter. In the morning, I will not pray to received forms at the last
minute. I have regularly prayed to the old circulations of love and reason:

sweetness, sourness, bile, forests of lightly disturbed quiet. I will pray to
the reindeer gods secreting a knife-edge ambivalence. Back to the wooden

chair, feet to the wooden floor, I know that this is where I adjust my thinking
to a humorous or sinking thought. A bow draws taut, tauter. In the sour

sweetness of winter apples I've a wakening sense of measure, in truth,
there's another kind of session, as when reason can be taught to come out,

made to sit down with reflection, reflection having had, but with good
reason survived, its latest falling out with window, mirror, water.

Starting with the epigraph from George Herbert's "Affliction" (IV), this fine poem fittingly titled "The Depletions" draws us with precision and grace into the harder reaches of our mortal condition. I admired the control of the meditative voice, the music of the lines, and the speaker's ability to lead us in quite surprising ways through the intricate entanglements of feeling and speculative thought.