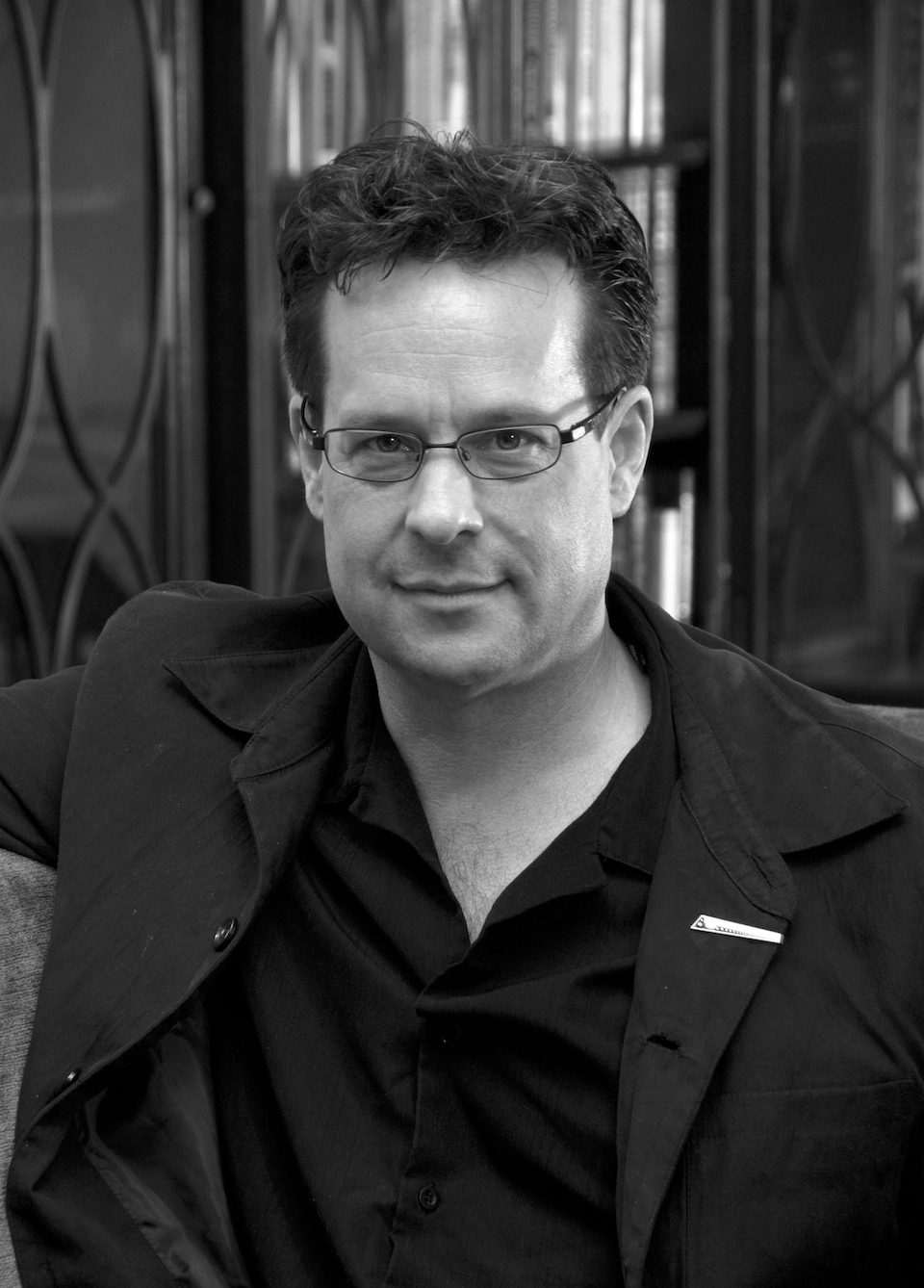 How they tumbled down the snow-filled streets,

how they slept in battered vending boxes
and hung from dowels in the public library.

How my father kept the memorable ones in his closet,
among the dying shoes.

Then the power went out. The TV closed its eye

and the house felt strange in the new silence:
a hush of snowstorm.

Because there was nothing else to do,
I went upstairs to read.

In his closet, I found an old newspaper
in a language I couldn't understand.

There he was in uniform, just below the fold—but where?
And who was that other man by his side?

I did not hear what my mother said in the kitchen
that made him throw his wine glass at her,

cutting a stain on the wall behind her head.

Let's go to the museum, my father said,
Let's get out of here.

He smelled of wine and sweat, familiar and good.

Newspapers fell from the clouds,
clotting the rooftops and the branches as we drove.

At the Museum, a giant brain turned on a gear.
Press a button, he told me. Now try another one,

and for once I did exactly as he said.

the great brain moving in the silence—

but who was that other man by his side, a rifle
propped carelessly against his shoulder?

And what had become of the gun my father held?

He was casually checking his watch.
She's cooled down by now, he said,

but I was still pressing those buttons, I couldn't stop.

Thoughts blinked on the surface,
bright networks of gold and blue,

the brain humming as it glowed in the vast gray room.

Back home, my mother wouldn't turn from the stove
or look at us. The house smelled good.

I quietly stowed the newspaper with the others, behind the shoes,
then came downstairs for dinner.

She'd cleaned the stain away.

That night, I couldn't sleep. My brain kept turning.
Pinpricks glittered like cities viewed from an airplane

From downstairs, a muffled conversation,
then the TV changing channels

and, much later, the noise of sex.

To think he has been dead twenty years now
and she can no longer feed herself. I am 48,

typing this on a hot June night
1000 miles from there.

Intimacy, clarity of feeling, subtle music—these are the hallmarks of the lyric poem, and all three of these attributes are found in my selection for the Lyric Poetry Award. In "The Newspapers," the poet starts with a titular objective correlative which allows for a narrative to evolve, but one that is handled deftly and lightly, even disjunctively. The purpose of the narrative which is elegiac, retrospective, is to provide a vehicle for the recollection of feeling; the poet reached into the past to draw out an understanding of it.

I admire too the clean, clear and rigorous sentences that carry the poem. Descriptive passages lead to revelation as memory is parsed, recalled and brought up into the light without explanation or discursion. "The Newspapers" is a memorable, striking poem that will reward readers for their attention.