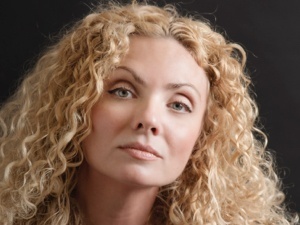 All day the blood drips
from me, the body's burp and slick
of a woman overcome
by her own uterus, paranoid
panty checks and from the bowl
always the same mucous spread
of bright, a set of red wings
gliding in the toilet's honest
white, and because bleached porcelain
and bed sheets rarely lie, pure and clean
always they say the same thing:
Girl, the closest you'll ever come to making
life was that snake egg of a tumor hacked
from your leg. On my wife's phone,
a photo of the photo on my doctor's phone—
an infinite reflection, an empty
transmission of that Humpty Dumpty rolled
out of me, a clod of meat
cut from my meat. What did I ever
deliver but a clean path report? Forgive
me, but everyone's got it wrong:
benign is a reprieve but only
that—a reprieve, a term best thought
as only a mare's name, a swayback
workhorse nearly blind once she's brought up
from the mines. Look, how she blinks against
the light; she's known the dark not
forever but already too long. She's relieved, but Christ
how she'll ache and ache
through this second half, limping and grateful
and more than a little afraid.

I was immediately captivated by Nickole Brown's "Mis/conception" and found myself rereading it several times, urgently, after. Each reread held more; Brown is a highly skilled poet and this is a beautifully, carefully crafted poem. What initially compels is the action of the opening – a uterus bleeding, a possibly lost chance at conception – and then it moves to the questions of life and death and to the specter of death that always hangs over life.

Brown's exuberant, confident, truthful sorrow very much calls to mind Emily Dickinson, in particular poem #692: "How well I knew the Light before — / I could see it now — / 'Tis Dying — I am doing — but / I'm not afraid to know —"

And here's Brown: "Forgive / me, but everyone's got it wrong: / benign is a reprieve but only / that—a reprieve…" Her poem's movement from this moment through to the workhorse mare freed from the mines is one of the most touching, thoughtful moments I've read in a poem in quite some time, and it takes the poem on its final leap – in a poem full of expert leaps – to come thrillingly full circle.