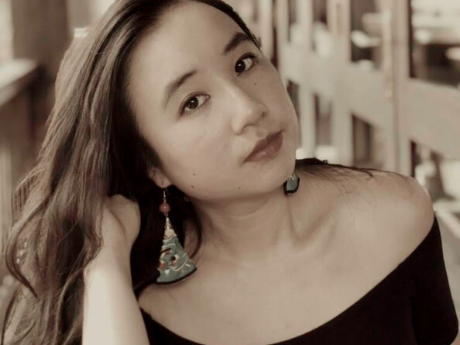 an excerpt from To Red Dust (II)

The cumulative effect of the poems in the series "To Red Dust (II)" is powerful. I admire the way these poems act as their own guide, and speak to each other in ways that intrigue and deeply invest the reader. They are propulsive, yet they ask the reader to pause--quite literally sometimes, in order to read texts that run downward along the right margin of the page--before entering (or perhaps leaving). The title implies, with its (II), that there are poems that precede this series. It thrills me to imagine there is an entire constellation of poems/poem series that surround this excerpt. I'd read about a million pages of this poet's work.