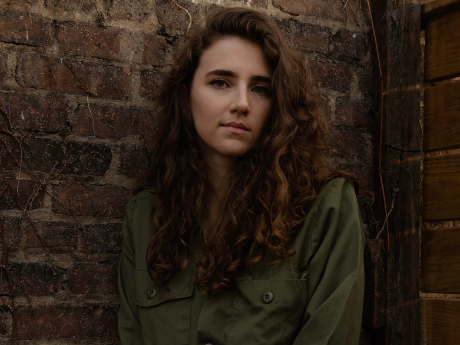 Q: Who is going to make amends?

It hit me as I was driving home at night from New York,
a strange longing for California, its egregious sky

rendered by smog, bright pink like a mouth
speaking something it wants. I wanted

to fear a person the way I did there; for that was, there,
the smallness of my life: I feared one person, a man;

I was horrified of what he thought of me, watching
as I turned my small leased car into my apartment,

how he could see that nothing was my own.
E. had loved me so much that he hated me;

he hated that he could not tell the story apart from the way it was told,
and I told too many stories, I could sense myself like that, infringing.

He was a child of film. He spoke of it like an infection,
and I remember agreeing, in a way I do not acknowledge.

Before I met him, I was planning to move to Los Angeles,
telling everyone who asked, it is so fake there, it’s real.

But I met him and pictured a child staring
at the great white plastic of the Hollywood sign,

amongst the houses that were the color of eyes,
how everything there was always at risk of burning—

I could not. There were ways that I could categorize myself,
language that collapsed my life into a film reel, entire swaths of it

denigrated to justs. Just college, just the years I was West,
just one night under his palm, in the lamp-lit room.

I was thinking of California, and how I was running out of justs,
that soon the sun there would settle into a mocked, electrical night,

and that this would be my life.


Reprinted from Gut (Omnidawn, 2021). All rights reserved. Reprinted with the permission of the poet and publisher.

Amanda Larson’s remarkable debut could easily have taken one of its epigraphs from Emily Dickinson: “As Freezing persons, recollect the Snow – / First – Chill – then Stupor – then the letting go –” However, like the author of those lines, Larson refuses to do things the easy way. Her book’s weather is the hurricane’s eye. Methodically unsentimental in its examination of trauma and recovery (“I maintain no desire to be the person I was before”), Gut feels radical not so much for what it discloses or withholds, but for how rigorously it establishes the terms under which it will speak, and with whom: “There are some things, in doing, we cannot be expected to say.” A book powered by intelligence, restraint, and the odd lightning-strike of bleak, cauterizing wit, Gut calls out equally to readers who would turn to poetry as a means of making sense of suffering, and to those who experience poetry as a force radiating in all directions at once, a force that indulges neither turning to nor turning away.