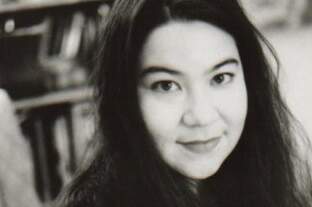 The New Salon series brings writers into an intimate setting to discuss the implications of their work and craft.

Brenda Shaughnessy was born in Okinawa and raised in Southern California. She is the author of five poetry collections, including The Octopus Museum, So Much Synth, Human Dark with Sugar, winner of the James Laughlin Award and finalist for the National Book Critics Circle Award, and Our Andromeda, which was a New York Times Notable Book in 2013. A former Guggenheim fellow, she is an associate professor of English at Rutgers University, Newark. She lives in New Jersey.

Deborah Landau is the author of four collections of poetry: Soft Targets, The Uses of the Body, and The Last Usable Hour, all Lannan Literary Selections from Copper Canyon Press, and Orchidelirium, selected by Naomi Shihab Nye for the Robert Dana Anhinga Prize for Poetry. In 2016 she was awarded a Guggenheim Fellowship. The Uses of the Body was featured on NPR's All Things Considered, and included on "Best of 2015″ lists by The New Yorker, Vogue, BuzzFeed, and O, The Oprah Magazine, among others. A Spanish edition, Los Usos Del Cuerpo, was published by Valparaiso Ediciones in 2017. She teaches in and directs the Creative Writing Program at New York University, and lives in Brooklyn with her family.

Co-sponsored by the NYU Creative Writing Program and Poetry Society of America.

Free and open to the public.