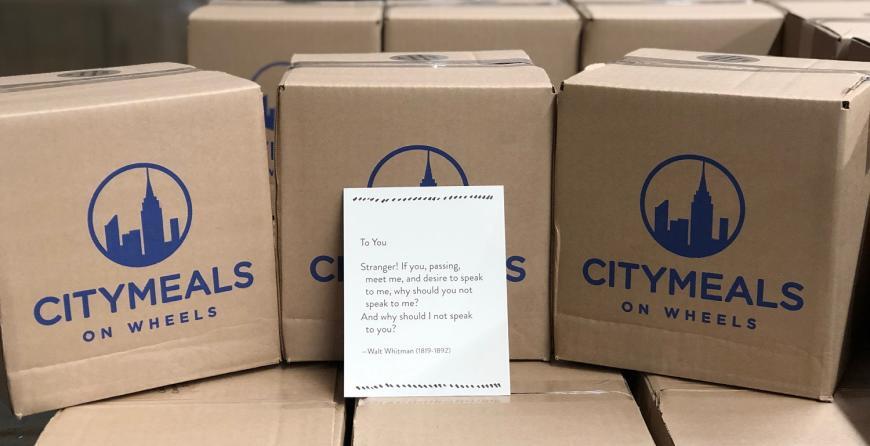 In 2018, the PSA established Poems on Wheels, a partnership with Citymeals on Wheels in New York, to deliver poems alongside food trays and in emergency food boxes to seniors who are homebound due to illness, age, or disability. Poems on Wheels began by delivering poems to 20,000 seniors four times a year, and has since expanded to serve over 40,000 seniors in five additional cities across the country: Baltimore, Los Angeles, New York, Portland (Oregon), San Antonio and San Diego.

​“Seeing a poem that we sent on their refrigerator, or taped to a wall, it’s just confirmation of the value that not only the food we bring, but the caring that we do—it is a true lifeline for so many.” —Beth Shapiro, Executive Director of Citymeals on Wheels

Read more about the program: Food Packages and Poems

Read about the program in the Christian Science Monitor.