About Us > News > Announcing the 2012 Shelley Memorial Award, Wanda Coleman 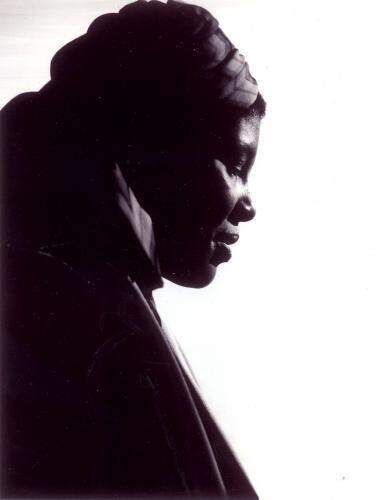 The Poetry Society of America is honored to announce that Wanda Coleman is the 2012 recipient of the organization's Shelley Memorial Award, presented annually to a living American poet selected with reference to his or her genius and need by a jury of poets. This year's judges were Gary Young, appointed by the president of the University of California at Berkeley and Rigoberto Gonzalez appointed by the Poetry Society of America

The Poetry Society of America is honored to announce that Wanda Coleman is the 2012 recipient of the Shelley Memorial Award, presented annually to a living American poet selected with reference to his or her genius and need by a jury of poets. This year's judges were Gary Young, appointed by the president of the University of California, and Rigoberto Gonzalez, appointed by the Poetry Society of America.

A complete list of the distinguished winners of the Shelley Memorial Award are available here.

Wanda Coleman was born in the Watts community of Los Angeles on November 13, 1946. Her twenty-two books include Bathwater Wine, winner of the 1999 Lenore Marshall Prize, and Mercurochrome (2001), finalist for the National Book Award. With the retirement of Black Sparrow Press (now Black Sparrow Books, imprint, David R. Godine, Inc.), her poetry, Ostinato Vamps (2003) and The World Falls Away (2011), is published by the University of Pittsburgh Press. Her honors include Guggenheim and NEA fellowships, and California Arts Council awards (fiction, 1989; poetry, 2002). A finalist for Poet Laureate of California (2005), she was C.O.L.A.'s first literary fellow, Department of Cultural Affairs, Los Angeles (2003-2004). An Emmy-winning scriptwriter (Days of Our Lives) and former columnist (Los Angeles Times magazine), she attributes her creative diversity to workshops and residencies, most notably Budd Schulberg's Watts Writers Workshop, Beyond Baroque Literary Center (she was selected for the George Drury Smith award, 2012), Djerassi Foundation, and a Sea Change Cottage residency, Provincetown. Doubly-gifted as a performer, she has shared the stage with Alice Coltrane, Allen Ginsberg, Timothy Leary, Los Lobos, Bonnie Raitt, and Horace Tapscott. Much anthologized, she has appeared in Best American Poetry(1988, 1996), Writing Los Angeles (Library of America, 2002), and Camille Paglia's Break, Blow, Burn (2005). She occasionally contributes to HARRIET (poetryfoundation.org).

the age of the innerview dawns and the need
to be first is muted by a
multitude of passings/desire honed so sharp
the edges bleed, lips and hands
assume a silent patience/at rest as a savage
brilliance is reborn in this ancient ravaged griot

who am i? what am i? are no longer important questions.
knowing that i am is finally enough
like discovering dessert is delicious following a disastrous
meal, a sweetness that reawakens
the palate, or finding that one's chalice is unexpectedly
filled with elixir of euphoria

and i stumble happily into the cornucopia, arms
outstretched, upturned, drunk
my heart athrum, bones full samba. the night
blesses me with his constellations
baptizes me with his deathless autumnal chill
and i invade the moody indigo

The 2012 Annual Awards ceremony, which will celebrate all the winners of the 13 annual PSA awards, will take place May 8th, in New York City.

The Poetry Society of America, the nation's oldest poetry organization, was founded in 1910 for the purpose of creating a public forum for the advancement, enjoyment, and understanding of poetry. Through a diverse array of programs, initiatives, contests, and awards, the PSA works to build a larger audience for poetry, to encourage a deeper appreciation of the art, and to place poetry at the crossroads of American life.

Portrait of Wanda Coleman by Rod Bradley. "Southerly Equinox" is from The World Falls Away, by Wanda Coleman. Copyright © 2011. Used by permission of the University of Pittsburgh Press.