Announcing the winner of the inaugural Anna Rabinowitz Prize 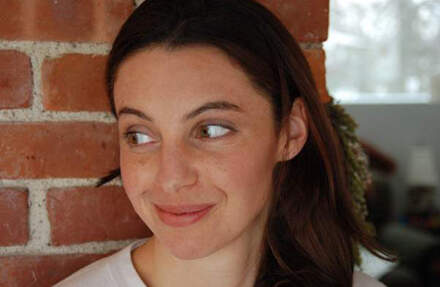 Darcie Dennigan has been chosen for The Happy End, an athletic performance piece, an adaptation of Mónica de la Torre's collection of poems The Happy End / All Welcome (Ugly Duckling Presse, 2017), performed at the Wilbury Theatre as part of the Providence Fringe Festival in 2018.

This year's judge was Matthea Harvey.

The prize of $1000 is awarded to poets and their collaborators for venturesome, interdisciplinary work made in the previous year and combining poetry and any other art or discipline. It was established by the children of Anna Rabinowitz to honor her boundless curiosity, creativity, and artistic accomplishments.

Matthea Harvey writes: Darcie Dennigan's The Happy End, an athletic performance piece, adapted from Mónica de la Torre's The Happy End / All Welcome jumps off the page onto the stage, sparkling with wit and absurdity. Given that de la Torre's book drew inspiration from Martin Kippenburger's exhibit, The Happy End of Franz Kafka's Amerika (Amerika was Kafka's unfinished novel), it seems fitting that Dennigan takes on yet another transformation. In The Happy End, Dennigan presents a frenzied job application process, with the various characters (including a recruiter, yesman, two applicants and an ingenue) dashing between chairs and roles as they apply for a job as a lifeguard, armchair psychologist, line cook, guerilla advertiser and furniture tester and unpaid intern at an experimental theater company. Audience-inclusive, crammed with puns and business-speak terminology like "operational efficiencies" and "synergy"—The Happy End left me breathless and looking at my own "office chair" with new eyes.

Participants in the production:

Beth Alianiello is an actor based in Providence, RI, and a member of the award-winning Out Loud Theatre Ensemble. Recent shows include The Wilbury Theatre Group's The Skin of Our Teeth and The Pleiades.

Stine An is a poet, stand-up comic, and technical writer based in Providence, RI. Her work has been published in Ohio Edit, Nat. Brut, and the Best American Experimental writing series. Stine studied writing at the Milton Avery Graduate School of the Arts at Bard College and will be an MFA candidate in Literary Arts at Brown University.

Kate Colby is the author of seven books of poetry, including I Mean (Ugly Duckling Presse, 2015) and The Arrangements (Four Way Books, 2018) and a book of essays Dream of the Trenches(Noemi Press, 2019). She has received awards and fellowships from Harvard's Woodberry Poetry Room, the Poetry Society of America, and the Rhode Island State Council for the Arts. She grew up in Massachusetts and lives in Providence.

Cody Curran sings for Soleilune, a Providence-based band, and is the founder of The Sovereignty School for Love.

Darcie Dennigan is a poet and playwright, and the author of four books, including The Parking Lot and Other Feral Scenarios. From 2011-2016, she was the founding director of Frequency Writers, a nonprofit literary community in Providence, RI. For Providence Fringe Festival 2016, she directed a version of Kate Colby's book-length poem "I Mean." And for Providence Fringe Festival 2015, she created a version of her own short play Dandelion Farm with the Dandelion Farm Ghost Ensemble.

Matthew Derby co-wrote Gimlet Media's latest serial fiction podcast, Sandra, starring Kristin Wiig and Alia Shawkat. He previously collaborated on The Silent History, the first major exploratory, interactive novel designed specifically for the iPad and iPhone, which is available in a print edition from FSG. He is also the author of Super Flat Times: Stories (Back Bay Books). His writing has appeared in McSweeney's, Conjunctions, The Believer, Fence, and Guernica.

Carl Dimitri is an artist, illustrator, and musician. He is represented by Tabla Rasa Gallery in Brooklyn, and is the bass drummer for the Scruffy Aristocrats, a street brass band.

Zoe Guttenplan is a poet and bookmaker who has been directing youth theater since she was 17. Most recently, she played Bottom in A Midsummer Night's Dream. She lives in Vermont.

Mónica de la Torre is a poet, translator, and scholar who was born and raised in Mexico City. She earned a BA from the Instituto Tecnológico Autónomo de México and, with the support of a Fulbright scholarship, relocated to New York in 1993 to pursue an MFA and a PhD in Spanish literature at Columbia University. She is the author of six books of poetry, including The Happy End / All Welcome and Feliz año nuevo, a volume of selected poetry published in Spain (Luces de Gálibo). She teaches in the Literary Arts program at Brown University. 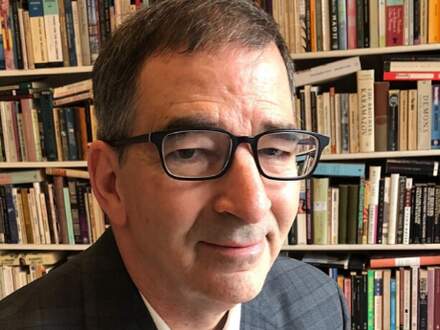