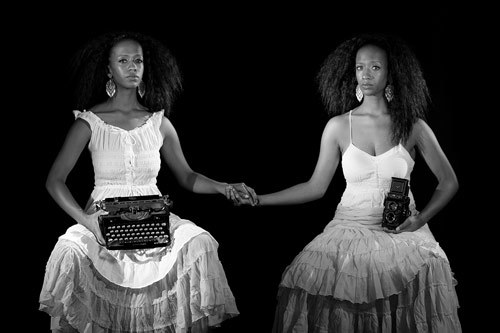 Be near me & tell
where the blood is going.

Barbed ideals conjoin
& coil their righteous dreams through
arteries, thick as autumn vines
that keep light out. And I must take

my own hand, must hold my own
hand, as if it were a stave of notes
scattered from a razed moon: brokenly beating

the rhythm of a thousand-throated
hummingbirds beneath a dress of tulle.

Listen to us: these women
say to ourselves: Eliza: Eliza.

The men have left & in a dusky corner
the women you have been
are piled like a beige heap of slips
to be ironed & mended, hung.

All mothers have left you
& in their shadows blood
drips from the chandelier
to the floor where your body
rocks in its cradle.

Which if I'm answering
each of you

there's light in my lungs
where screams are smeared

I wear golden lamps
that open after midnight.

The things that hold.
Hold me now
before I am no more
of a fragment
than the clouds behind me.

The body expands
its luminous stain.

Melancholic now, one Eliza.
Inconsolable: you: the Others.

Be near me & tell
us where the blood is going.

Be near me & tell Beauty
I was once unbearable.

Nearly always photographing in black-and-white, digital or film, depending on the requisites of the project, I prefer to work with natural light, however I do enjoy the sense of theater implicit during studio settings. The idea of "control" is an illusion when attempting to create a "portrait" of another being. For me, there is the anticipation of a moment that will be unexpected, perhaps very dramatic, or a mood of something entirely else, for both subject and photographer. I like Carl Phillips' sensibility (he applies it to poetry), "…what I'm always after. Nothing gutless, and nothing without its ability to surprise."

I intend for these portraits to contribute to a larger conversation about poetry in America and elsewhere and that this work of seeing might serve as a historical and cultural space that echoes the traditions of photographers, such as Van Der Zee, Van Vechten, and DeCarava. Other photographers who matter to me are Gordon Parks, Lorna Simpson, Diane Arbus, Carrie Mae Weems, Sedat Pakay, Lola Alvarez Bravo, Thomas Sayers Ellis, Berenice Abbott, Deborah Willis, and Robert Frank. But I must also include artists (as I am also a painter), such as Romare Bearden, Frida Kahlo, Joseph Cornell, Rodin, Basquiat, Van Gogh, Susan Rothenberg, Krista Franklin, and my brother Adam, all of whom I admire and study. There are too many poets, writers, and musicians to name here whose presence and influences are as involuntary as heartbeats.

Rimbaud wrote, "The poet makes himself a seer by a long, prodigious, and rational disordering of all the senses." I strive for this in my photographs as well as my poetry and painting. I am a witness, a seer. My photographs are evoked visually yet remain as open as poems. They are images, narratives, glimpses, moods, silk dresses, seasons, haikus, rhythms, truth-telling, self-portraits, blues, incarnations of light and shadow, whale-flukes, fists, pencil sketches, an intuitive force always connected to an ancient, fluid, and ongoing conversation about the human condition.

Poem and Artist Statement reprinted with the permission of the author. All Rights Reserved. 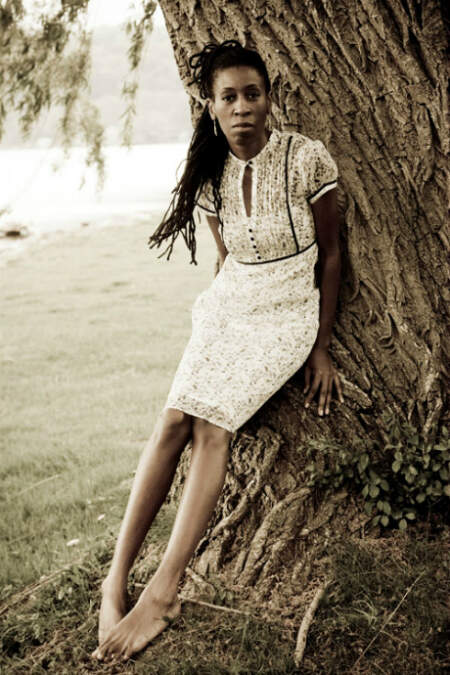 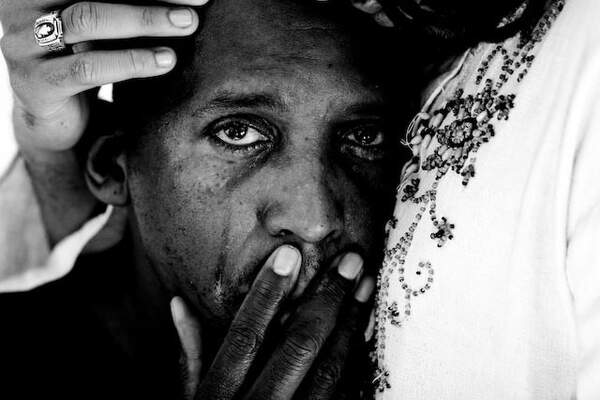 We Don't Know Her Name by L. Lamar Wilson