Home > Features > In Their Own Words > Jennifer Soong on “The Messenger”

Jennifer Soong on “The Messenger” 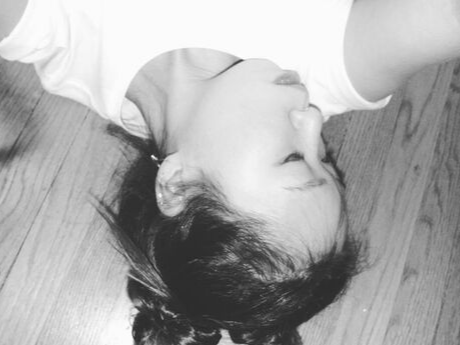 me harder
words weighted
belonged in
something farther

love’s the attempt
at one another

love’s the age
for love’s age
the requisite

From Near, At (Futurepoem, 2019). Reprinted with the permission of the author. All rights reserved.

I wrote “The Messenger” under the influence of Robert Creeley. It should be read out loud. I was then, as I am now, invested in certain technical issues motivating the writing of particular poems: how I could, for instance, distort syntax to adjust the speed of the poem and contrast that with the speed of the reader’s understanding. Such a mismatch between two paces, I thought, could allow surprise to erupt out from lag, or delay. Or how I could write a poem with a limited vocabulary, for instance, thereby drawing attention not to the semantic value of words but to their other qualities.

The poem is an invocation, but it’s not all praise. Part of what I say in the first three stanzas is a refutation of the deictic situation, which I felt had been whole-sale packaged by many writing programs. I had seen and heard too many poems which had added the words “here” and “now” as quick fixes to the problem of immediacy. I wanted something more, hence:

now no not that// tainted/ evaporated// touch// me harder

I like to forget my poetry as soon as I write it; the more quickly I can forget it, the more a word can loosen up and act as its own life force, as in the case of “touch,” which hinges from acting as a noun to acting as a verb. I wanted each line in that poem to have that sort of effect: of being a solid, concrete, syllabic force which then fleeted, or even dissipated, into a thing that was hard to grasp. I have always loved verbs the most, and at this time, I realized I was able to get at what I love about verbs, i.e. movement and change, by making the whole poem a verb without actually over-using that part of speech. Thus, you’ll notice that I package in a lot of the verbs to be part of noun subjects:

Most poems, not about love, are still love poems. And there’s a reason why so many musicians have written about love, and why every couple has “their song.” Music is key to this poem—which seeks to tempt the muses themselves into love, life, and language. I wanted to use repetition to create a sense of intimacy but also speed and love-drunkenness—hence, some parts of the poem are meant to imitate a “round” where the same phrase or sound is begun multiple times as a staggered form of building: “love’s the [...] love’s the [...] love’s age/ the” or the anaphora in “as if I should come/ as if I should not// go.”