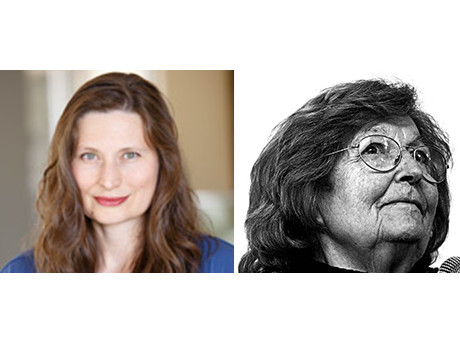 I'm Amanda–from Montevideo–
daughter of Amanda, cow-eyed
contemporary deity
blackbird heart with lightning bolts
where the flash that shatters night comes to roost
it flaps joy inciting life
daughter of Rimmel, father
fighting cock
cruel Cerberus
or tender marrow under the feathers
almost bearings almost arrows
sister of Rimmel sacrificed and dear
dead because the dead
from the kingdom of the dead
surrounded him

I'm Amanda wife of José Pedro
steady as a cedar, lofty
potent
as the mountain

necessary and distant as the river
that gives us drink
words do not live there
wind veils its love, escarped, inaccessible

By the time Amanda Berenguer (b. 1921) passed away in 2010, she had created a startling range of poems. Her first complete collection appeared in 1940. The last was published in the year of her death.

Berenguer is a significant figure in Uruguay's loosely defined Generation of 1945, a cluster of intellectuals and artists known for commitments to experimentation and internationalism. Among the group's poets, Berenguer stands out as the shapeshifter.

As co-editors of Materia Prima, the first anthology to present a broad sampling of Berenguer's poems in English, Kent Johnson and I had a lot of fun. It's impossible not to enjoy her curiosity, her cosmic cool, the intensity and variety of her language.

Berenguer's poems dwell on everything from UFOs and "hermaphroditic" non-orientable objects to the sensual properties of figs and pomegranates, and far beyond. Materia Prima houses explosive statuary, rain falling dreamily on a garden in Montevideo, a spectacular tale of lust among houseplants, an extensive accounting of wrinkles, a guest appearance by the Hubble Telescope, an inquiry into "The Asses of Bosch," a hallucinatory flying tortilla, dashes summoning the ghost of Emily Dickinson, and more.

Berenguer's energy manifests within English in translations by Mónica de la Torre, Urayoán Noel, Anna Deeny, Jeannine Marie Pitas, Gillian Brassil and Alex Verdolini, as well as the co-editors. Due to the range of work in the anthology, there is no one poem that best encapsulates the book. The piece representing Amanda Berenguer below is taken from La dama de Elche (The Lady of Elche, 1987), a mature poem-quest exploring portraiture and mythology: who better to introduce Amanda Berenguer than the poet herself?

In this self-portrait, Berenguer opens with a combined title/epigraph that calls up a famous poetic predecessor. Isidore Lucien Ducasse (1846-1870) was born in her own city of Montevideo. He recreated himself in Paris as the Comte de Lautréamont, publishing the prose poem Les Chants de Maldoror anonymously in 1868 and a shorter collection, Poésies, in 1870. Maldoror was later rediscovered by the Surrealists, who were fascinated by the author's non-European origin as well as the writing itself. The phrase Berenguer takes for her title is the first reference to Montevideo in Maldoror and has been translated as "with the solemn groans of the Montevidean" (translation by Guy Wernham [1943], New Directions edition, 12).