Home > Features > Latinx-Caribbean Poetry > Martín Espada on “Here I Am” 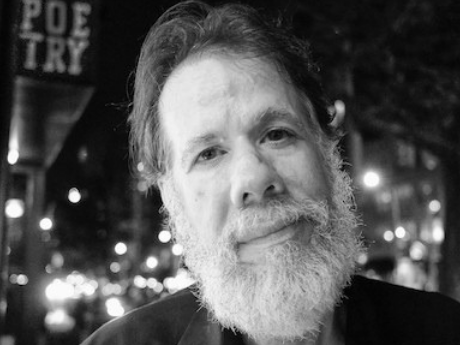 
He swaggered into the room, a poet at a gathering of poets,
and the drinkers stopped crowding the cash bar, the talkers stopped
their tongues, the music stopped hammering the walls, the way
a saloon falls silent when a gunslinger knocks open the swinging doors:
JoeGo grinning in gray stubble and wraparound shades, leather Harley
vest, shirt yellow as a prospector's hallucination, sleeve buttoned
to hide the bandage on his arm where the IV pumped chemo through
his body a few hours ago. The nurse swabbed the puncture and told him
he could go, and JoeGo would go, gunning his red van from the Cape
to Boston, striding past the cops who guarded the hallways of the grand
convention center, as if to say Here I am: the butcher's son, the Portagee,
the roofer, the carpenter, the cab driver, the biker-poet. This was JoeGo,
who would shout his ode to Evel Knievel in biker bars till the brawlers
rolled in beer and broken glass, who married Josy from Brazil
on the beach after the oncologist told him he had two months to live
two years ago. That's not enough for me, he said, and will say again
when the cancer comes back to coil around his belly and squeeze hard
like a python set free and starving in the swamp. He calls me on his cell
from the hospital, and I can hear him scream when they press the cold
X-ray plates to his belly, but he will not drop the phone. He wants
the surgery today, right now, surrounded by doctors with hands
blood-speckled like the hands of his father the butcher, sawing
through the meat for the family feast. The patient's chart should read:
This is JoeGo: after every crucifixion, he snaps the cross across his back
for firewood. He will roll the stone from the mouth of his tomb and bowl
a strike. On the night he silenced the drinkers chewing ice in my ear,
a voice in my ear said: What the hell is that man doing here?
And I said: That man there? That man will live forever.

I believe in elegies for the living. I believe in writing poems of praise for those we would praise while they are still with us. I have written too many elegies for the dead. Certain poets are like preachers in that sense, called upon to say the right words at ceremonial occasions, to praise those who are gone, to articulate some meaning for those who crave meaning. There is an inevitable feeling that the words come too late.

The son of Portuguese immigrants, José "JoeGo" Gouveia was a poet, journalist, organizer and radio personality. He served as Poet in Residence at Cape Cod Community College and the poetry curator at the Cultural Center of Cape Cod. He wrote the "Meter Man" poetry column for The Barnstable Patriot in Hyannis and hosted the "Poets' Corner" radio show on WOMR-FM in Provincetown. He published one full-length collection of poems, Saudades, with Casa Mariposa Press.

He was also an extraordinary character, truly a biker-poet—and the editor of the only known anthology of biker poems, called Rubber Side Down. My poem recalls his stunning entrance at a benefit for Split This Rock, held at the 2013 AWP conference in Boston. The Hynes Convention Center will never be the same.

Joe loved poets and poetry, unreservedly, with no ego involved. (Imagine that.) He would say that poetry saved his life. He was lucky that way—lucky in every way but one. When the insidious, lethal disease returned to his body for the final time, in November of 2013, I wrote "Here I Am" for Joe: an elegy for the living.

Joe called his friends from his hospital bed and read them the poem. His family used the poem as part of a Go Fund Me campaign to defray the cost of his medical bills. And then Joe made a request: He explained that his first book of poems was coming out in April of 2014. He wanted my poem to serve as the foreword. I said yes.

Don't tell me that poetry makes nothing happen.

Martín Espada contributed this piece in conjunction with LA BENDICIÓN: A ONE-DAY CELEBRATION OF LATINX-CARIBBEAN POETRY IN THE UNITED STATES at New York University on February 8th, 2018. 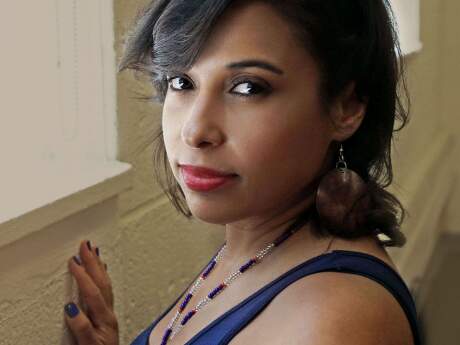 This poem was developed from a prompt given by Cheryl Boyce Taylor during a workshop I attended at Cave Canem. At the time I was gathering and writing poems for an anthology I was developing titled The Abuela Stories Project honoring distinct grandmothers and the lessons they offer new generations.