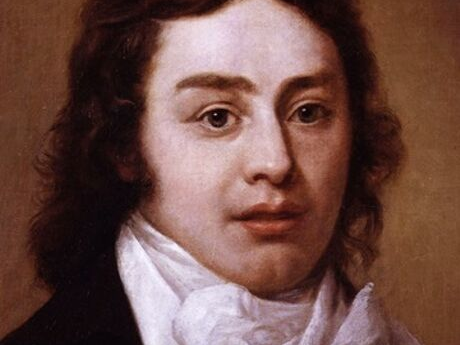 WHOSE BIOGRAPHICA LITERARIA? WHY, MINE!

To this nineteen-year-old in the 1960's, the discovery of Biographica Literaria was like landing on the moon: I stood shakily on new ground in a place I discovered had been giving me light for the five or six years I had been writing poems. Though I could not have formulated it quite yet since I only experienced my discovery as a sort of frisson, Coleridge was giving me a way to think about the creative process. There were no creative writing workshops at tiny Shimer College, the Great Books school I was attending, and no literary community: this isolation, perhaps scarcely possible any longer in academia or the world of digital culture today, allowed me to read the text as I had read Tom Sawyer nine years before: I felt the author had written it for me alone.

What had I been waiting for? Just these words:

The Imagination, then, I consider either as primary, or secondary. The primary Imagination I hold to be the living Power and prime Agent of all human Perception, and as a repetition in the finite mind of the eternal act of creation in the infinite I AM.

At last! Someone was explaining to me why I felt such power in those feelings driving me to write the clumsily crafted poems of a late adolescent. And why, too, I often experienced a kind of spiritual connection with the whole of the universe while writing, one that continued in the after-writing state. I had heard some people talk of such feelings as "inspiration," but this was something larger.

As if that were not enough, Coleridge went on to provide me with another, even more capacious, definition:

The secondary Imagination I consider as an echo of the former, co-existing with the conscious will, yet still as identical with the primary in the kind of its agency, and differing only in degree and in the mode of its operation. It dissolves, diffuses, dissipates in order to recreate; or where this process is rendered impossible yet still at all events it struggles to idealize and to unify. It is essentially vital, even as all objects( as objects) are essentially fixed and dead.

Now I had some grasp on that shaping principle which compelled me to make poems ( I loved the words "conscious will" since my shaping was purposeful rather than artful and consisted in jamming lines into sonnets or villanelles, forms I had just discovered) even as I tore them apart, discovering new poems within them or in my "dissipation"— no poem.

Much has always been made of the distinction between Coleridge's Imagination and Fancy and rightly so .But it is sweet to me to remember that I honestly knew what Coleridge meant when he wrote

The Fancy is indeed no other than a mode of Memory emancipated from the order of time and space; while it is blended with and modified by that empirical phenomenon of the will, which we express by the word CHOICE.

I knew because most of what I wrote was from Fancy. But Coleridge had shown me, young as I was, that he could define another power within myself, and that in his naming it and my claiming it, I had more immediate access than before. Somewhere else in the Biographica he calls it the "esemplastic" power of the imagination. ( I remember having to consult the dictionary for the word.) And I am still drawing on that word—that shaping of two opposites to make a whole—that word which Coleridge claims he himself made up!