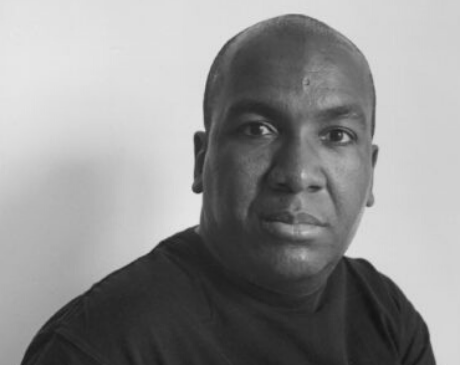 "I don't trust beauty anymore," I once wrote, "when will I stop believing it?" And elsewhere, "because beauty (fixed, triumphant) isn't my friend, is it?" That is part of the truth. The other part of the truth is that without a notion of beauty, an embodiment of the possible beyond the abjections of the mundane, I would not have become a poet, would not, perhaps, have left behind the housing projects and tenements of the Bronx in which I grew up. It is very fashionable, indeed almost de rigueur, to condemn beauty as oppressive: at worst an ideological mystification, at best a distraction from the real work. (Lenin, whom I persist in thinking a great man, couldn't listen to music for this reason: he distrusted the power it had over him, fearing it would enervate him and make him too soft to do what had to be done). And simplified, distorted notions of beauty have too often been deployed for vicious ends: the Nazi cult of Aryan beauty is the most egregious example. But for me, having grown up in a poverty I have contingently left behind—materially, though never psychically—it was not only possible to believe in the otherwhere that beauty proposed, it was necessary.

It is common to confuse the beautiful with the merely pretty, an ornamental irrelevance, to oppose the pleasing to some more exigent or severe realm above and beyond the simply beautiful. This perspective situates beauty at the mid-point of a continuum from the pretty to the beautiful to the sublime: beauty is thus a form of mediocrity or compromise. It was Edmund Burke who first distinguished between the beautiful and the sublime as that which submits to us versus that which overwhelms us, that which could destroy us but does not. Immanuel Kant and (more recently) Jean-François Lyotard have elaborated on this distinction. In this view, beauty reassures and comforts: it supplies us with the already known, while the sublime crashes over us like the waves of an out-of-season hurricane. But beauty is insistent; it makes demands. It demands that we see it and acknowledge it, that we acknowledge our seeing, that we be changed by the experience. As Rilke wrote, beauty is the beginning of a terror that we are barely able to endure. And as Francis Bacon wrote, there is no beauty that hath not some proportion of strangeness in it. To quote Thomas Nashe's "A Litany in Time of Plague," a poem that embodies the beauty of annihilation, a poem whose speaker is, in part, dying of beauty:

Brightness falls from the air,
Queens have died young and fair,
Dust hath closed Helen's eye.
I am sick, I must die.

The terror that Kant equated with the sublime is synonymous with Rilke's beauty: the sublime is beauty's true face, like Zeus revealing himself to Semele in all his glory, like Yahweh whose back alone can be glimpsed by the mortal eye. Beauty burns and devours: we die to our old selves and rise reborn.

I have quoted and cited, referred and alluded, but I am still no prophet. What do I believe—and which I, and at what time? Perhaps this near-chrestomathy is evidence, however circumstantial, that beauty is not merely personal or idiosyncratic. I have felt haunted by the beauty of men that I did not possess and could not make mine (beauty calls to beauty, after all, though beauty also demands an audience, an audience that is presumably not beautiful: otherwise it would contemplate itself), and felt crushed by the distance between myself and what I wished to have, wished to become. I have felt both enraptured by and utterly alienated from the beauty of nature, which was other to me so fundamentally that there was no feeling of exclusion, but simply pure alterity. There was no wish, no possibility, that I could be a waterfall plunging into a gorge, though I have felt that vertiginous urge to plummet into white water and shale. But there was, there is, a wish to preserve that moment of apprehension. This is one of the things poetry means to me: the possibility of mediating between being and desire, of bridging alterity by articulating it. "To articulate" also means "to connect." One way a poem begins for me is with the question, "How do these things relate to one another?" Language itself is articulation in two senses: it speaks and it connects. Liminal, nothing in itself but everything in relation, a bridge between the material and the immaterial, between image and idea, signifier and signified, all language is conjunction, copula, commingling. The real waits in a corner, never to be spoken, but only spoken of. Only connect, as E.M. Forster wrote.

I wrote once that many of my poems constitute an argument between beauty and justice, and it has long been the fashion to oppose the two, as if the falsehoods of beauty were unmasked by the unsparing eye of justice. But I believe, with Elaine Scarry and many others in what is somewhat jestingly called the Western tradition, that beauty and justice are ultimately one, that beauty presents us with the possibility of things as they should be. In that sense beauty does embody virtue, as Plato believed, and demands of us that we embody that virtue: for who doesn't want to be beautiful, who wouldn't be beautiful if he could? The presence of beauty reminds us of its all too frequent absence, and demands that we remedy that absence to the best of our ability, if only to salve the pain of lack. In Rilke's words again, there is no part that does not see you: you must change your life. The rightness of beauty is a form of justice: just proportion, just harmony (even in seeming cacophony and discord), the just relation of parts to the whole and the whole to the parts. In this sense beauty offers an imago of the just society.

Beauty isn't particularly good for anything, except perhaps helping one get laid, and I like the idea of its uselessness. In a society so over-ruled by instrumental reason, to be good for nothing is perhaps simply to be good: in its inutility, beauty manifests what Kant called the kingdom of ends, a world in which people and things exist for their own sakes and not simply as the means to other ends (profit, power). In Jean-Paul Sartre's terms, beauty is the domain of the for-itself and the in-itself. Beauty is gauche and inconvenient and often embarrassing (or at least our responses to beauty are, making us lose composure, lose our cool) and altogether in excess of what is required, what is asked for, what is appropriate. I dwell among these visions of excess, altogether inadequate to their demands.