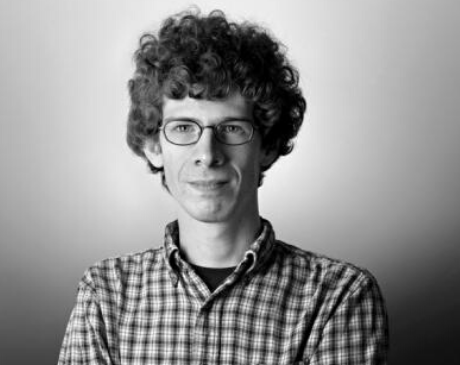 The delightful folks at the Poetry Society of America have invited me to review chapbooks in this space, and I jumped at the chance. Am jumping. Though I'm also wary of my own limitations when it comes to reviewing, so a word about them, my limitations. At this point I'm limited to reviewing things I already know about, which is very little (more on this below). I'm similarly limited in my frame of reference, though the internet can help with that. Point is, I'm making no claims of completeness. I'm doing this, reviewing chapbooks here, because it seems to me like chapbooks are where poets and presses are really working things out, pushing innovative work into realization, and a little more attention can't hurt, even if it suffers from a staggering provinciality.

Here's a confession: the first time I read Ted Berrigan's The Sonnets, I just thought the guy was lazy, reusing all the good lines to get more book out of the book. It reminded me of what someone said about pantoums, twice the poem at half the price. Forgive me, I was young! And I think I needed to actually listen to Berrigan read the poems out loud to get an idea of what was happening (an entire reading of The Sonnets can be found at PennSound), how repeating phrases or lines in different compositions was deeply linked to the metaphysical point that, as "Sonnet L" tells us, "Whatever is going to happen is already happening."

"Whatever is going to happen" in The Sonnets is often intense, or at least becomes so. The words repeated most frequently in the book are (I'm guessing, I haven't counted) variations on "Dear Marge, hello. It is 5:15 a.m." (By the end of the book we're addressing Chris, not Marge.) Innocuous at first, but over the course of the book these words get smeared with different contexts and an increasing desperation, so that by the end (and these are the words that end the book) they leave an apostrophic sadness, the letter never received.

Aaron Kunin's new pamphlet, Cold Genius, is an interesting counterpoint in this regard. There are fourteen poems in the (incredibly handsome) pamphlet that all follow a weird convention: after a word or phrase is used once in a poem, every subsequent instance of the word or phrase in the same poem appears in quotation marks. The effect is totally disorienting. Before I caught on, I thought maybe the quotation marks were only there for a sort of perverse emphasis, as if the poems were meant to be read by a reporter for All Things Considered (who, as the poet Ian Dreiblatt once pointed out, put all the emphasis on
the prepositions):

(From "more tortured surfaces," a title that gives something away about what's going on.) That's the charm of Kunin's rules—the language only has so many articles, prepositions, and conjunctions, a fact these poems make unavoidable.

Of course pointing out shortages in English isn't exactly the point here; a thesaurus can do that. The rules apply regardless of the circumstances, whether what's repeated is just the word "at" or the whole phrase "Inadequate to what I felt." So it's mechanical. This is what I meant by posing these poems as a counterpoint to the repetition, the self-quoting, in The Sonnets. Here the flagged repeating of wallpaper words doesn't invest them with resonance; if anything, it's the opposite; they lose depth, they lose meaning. The quoted and re-quoted words become a nubbly surface that obscures what it sets out.

And did I mention that the quotation marks are incredibly distracting? The effect is most pronounced when Kunin's language, which is often either conversational or abrupt, reaches any kind of lyrical flight. Take the title poem, which I'll quote at length:

"And I, the" lobster "on" "the" plate
Robbed "of" "the powers of" speech "or"
Acquainted with failed eloquence
At least ("in" "the"
New Testament sense "acquainted")
"Not" believing
Exactly "in the" innate "but"
Fiercely protective "of" latent
"And" dormant qualities, admit
"To" having "a"
Personal stake "in" awkwardness

It's a beautiful way to pose the deadlock of surface and depth, and there are nods here to the roteness of irony, to unobtainable authenticity, and to the very real intractability that is human awkwardness.

One last thing, and then a question. It turns out that the title of Kunin's pamphlet is the name of a character in a Henry Purcell opera for which John Dryden wrote the libretto. In the opera, Cupid comes to warm the Cold Genius from an icy stasis with love. The Cold Genius's aria is performed as a rhythmic pummel, the words unrecognizable, delivered as pure, reverberating syllables—you can see what I mean here. The question I think of applies as well to the aria as to Kunin's pamphlet: where does the language stand with regard to a larger experience of what happens, when what happens seems almost designed to hold the language at bay?