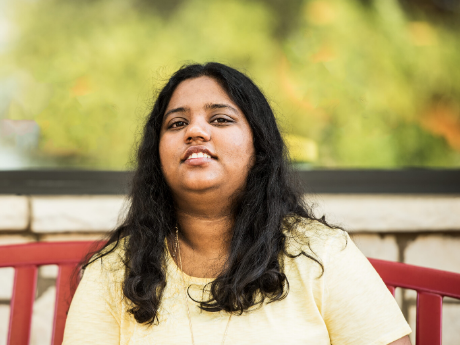 Imagine your brain is a nest of highly charged wires, many of them overlapping in ways that bring you startling and multidimensional impressions of the world. Then imagine these same wires threaten at all times to overwhelm your ability to engage with that world. Imagine your sensory acuity is so intense that its five inputs habitually merge and surge, creating a feedback that cancels them all out. Imagine you have so many thoughts, abrupt and nimble as lightning, that you can only grab the tail of one before another bursts forth. Imagine that a mechanism exists–a technology, an intervention–that is able to bring this abundance into focus. Imagine its structural elements operate like a dial that helps locate a clear frequency from which to broadcast. Imagine that this mechanism–an organic machine–has been around for thousands of years and no one realized it could soothe and facilitate your thinking in ways no pharmaceutical possibly could. Imagine that this vehicle of transformation is somehow…a poem.

Only after working with neurodivergent learners for several years did I fully realize the special reciprocity between poetry and autism. I had been conditioned to expect a connection between autism and STEM subjects, but being a poet I was eager to experiment. Five years ago I co-founded Unrestricted Interest, an organization dedicated to helping neurodivergent learners transform their lives through writing. The results have been staggering. Not only do autistic writers have a unique penchant for poetic language, but many of them, especially the minimally speaking and nonspeaking among them, possess their own intrinsic idiolects and choose poetry as their central means of expression.

That’s the case for Hannah Emerson, a nonspeaking 27-year-old who lives outside Syracuse. From the moment she appears on video chat, Hannah is singing. It’s not the kind of singing you find in a Karaoke bar, but the kind you might hear in the trees. Hannah’s singing is echolalic, which means she collects fragments of songs she’s heard and mixes them with snippets of my own speech as we interact. Once you acclimate to them, they begin to form a sort of aural tapestry that enlivens the room from behind. For Hannah, however, these songs are not background material; they are foundational to her presence. She calls them her “grounding sounds.” In these three poems of Hannah’s, you can see how lyrical repetition complements her keen attention to the more-than-human world. The first poem is my inspiration for a new poetry newsletter, The Listening World: dispatches from our neurodiverse future.

Let it signal God’s
light, I say for want
of light feelings. Is my
ear deep or deeper?

Keep me growing down
to my soul. Yelling to go
to keeper of the every

hello. Hello to new
sounds. Hello to freedom.
Hello to my being. Good

bye to drowning. Good
bye to trying. Goodbye
to trying to stop the crying.


I Live in the Woods of my Words

I live in the branches
of the trees. I live in
the great keeping
freedom of the really
helpful down yearning
in the grownd of the forest
floor. The words fall
from the sky like snow
on this day. They become
the floor of the forest.
The ground from which
all things grow into
the towards. It is great
great dream of life
try to dream. I live
in each letter that is
where you will find me.
They have been given
to us as keys to the great
breathing hope of life.
I always wanted to live
there, but couldn’t live
there until the poetry
gave me life of words.


Another nonspeaking writer who wields a thrilling poetic idiolect is Adam Wolfond. Adam is, in his own terms, a “maker of wanting space.” I think all poets are. The space of the poem, constellated around each stanza (which in Italian means room), opens itself to the poet’s creative desires. Adam makes various spaces more alive with his want: learning environments, documentary films, podcasts, and publications. I am less Adam’s teacher and more his amanuensis, hurriedly finding poetic shape for the gushing lyric that fluidly pours forth from his single typing finger. As he wrote in his first poem with me: “Like water I am eager / Like water I am thinking / Like water I always move.” These lines are characteristic of Adam’s writing, which often emerges in patterns of three. Since water is a constituent part of Adam’s being in the world, I call it his three-wave pattern, like the grouped set of waves for which a surfer eagerly watches. I suppose I am the surfer attempting to ride each wave, looking for the moment where one wave becomes another, breaking the line like a board carving back into the tunnel of expression refreshed.


In Way of Music Water Answers

I boat on the water the way I want to talk


The Maker of Wanting Space


Answers Toward Questions Other Than What Is Autism

Inside the world is the question
of easy touch

The work is to feel the world
that is touching me


One of the first nonspeaking poets I worked with, Meghana Junnuru, has grown from one word to one poem to one chapbook to co-founding her own advocacy and co-housing non-profit, the Autism Sibs Universe (ASU). Along the way she enlisted her brother Chetan Junnuru, who is also nonspeaking, as her collaborator and co-editor in all things. In writing together, they wield an astounding balance of simplicity and surprise, always expanding my understanding of autistic experience. Meghana and Chetan smell water the way I smell coffee. They revel in the idea of “zero point,” a state where “humans can merge with their infinite presence and live a creatively authentic life.” They harness the alapa–the underlying rhythmic structure of an Indian raga–to reinvent the autistic body as the “alapa body,” a porous mode of “enriched musical patterns suffused with nurturing connections.” In May, Meghana and I will be in San Francisco to be interviewed for The Neurodiversity Project.

The Divine Maze by Meghana and Chetan Junnuru