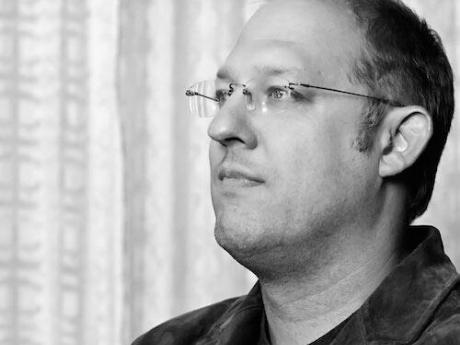 I maintain, with effort, a typically American belief that the strict determinations of class, gender and race can be at least partly transcended by sustained self-refection and thought. Experience has made me a cultural relativist and I believe, contrary to a lot of Americans, that we're obviously constructed creatures more than essential ones. But I still contend there's an elusive and problematic paradox in all stricter models of social and cultural determination. This certainly shows up in my work, where the value for speculative thought is generally higher than the value for realism or even analysis.

Also my interest in European literature and culture is typically American. Also I like yelling.

If the question is whether there's anything identifiable or even cohesive in American poetry as such, then I'd say no: poetry is always an argument, a site of disagreement, ongoingly, and thankfully. At the same time it's my sense—and I say this knowing it's basically impossible to have an overview of something you're also inside of—that there might be a particular shading to how that aesthetic argument gets played out in America. For instance in the US there is a widespread and rather Puritanical belief in the direct association of word and act, in language as mimetic of being. Thus, on the one hand the American avant-garde seems more anxious than in other countries to believe radical writing is a type of radical political action; meanwhile, more conventional poetic camps are almost casual in their presumption that aesthetic works reflect underlying moral realities. In resistance to both those poles there's also a fervent denial among some American poets that language and reality have any mimetic relation at all. Somewhere in the triangulation of those disagreements is what, to me, is structurally American about our literary debates.

Like in a bad Eddie Murphy film, historical and geographical factors have played almost all the roles in my work, just as they play almost all the roles in American poetry. These can be exceedingly difficult things to track all the way through (i.e. being a straight white man has been absolutely determining for me, but exactly how is harder to say). In terms of my poetry I'd say that class is probably the overbearing factor, both the thing that troubles it and that materially enables it. Poetry does require some measure of leisure time after all, and leisure is never free.

Even though most the allusions in my work aren't current, I do enjoy poets who use pop culture in their writing. But whether they use the material approvingly or critically, I find it always also implies the problem of American poetry's marginalization, even if the writers don't realize it themselves. What does "popular" even mean if you're a poet? Much of American culture only makes sense of art as a contest for the largest audience, so it must only be the distorted or broken people, the non-people, that spend their life tinkering on an obscure form. In that sense, poetry in America is one vast slippage, where our model of human desire shows itself to be fundamentally imperfect, because despite the overpowering logic of audience people do keep showing up to write poetry and be poets. It's the same thing when you see people vote against their own self-interest, as frustrating as that can be to watch: you realize the psyche is murkier than the models allow, and we don't evidently know how desires, social interactions, or passions really work. Popular culture is, like anything, material to a poet, a device—the question is whether it's used to pry at this other problem of inadequate models. To me, any poetry that isn't addressing problems of epistemological slippage, the breaks in our assumptions, reads as a branch of journalism rather than a branch of art.

I think of all the poets, American and non-American, who were restless for something else to enter poetry. Not novelty exactly, but something unexpected, even if it's only boredom and their own demons that drive them to that need. My recommended reading list runs to hundreds of pages but William Carlos Williams is a pretty obvious answer when the question is asked this way. Therefore, for perversion's sake, I'll nominate instead a poet Williams gives surprisingly high praise to in his In The American Grain. Forevermore, the poet who generated our distinctly American poetics shall be Edgar Allan Poe (but only if translated back into English from the French of Baudelaire).

I think it'll be a beautiful and engaging demise.