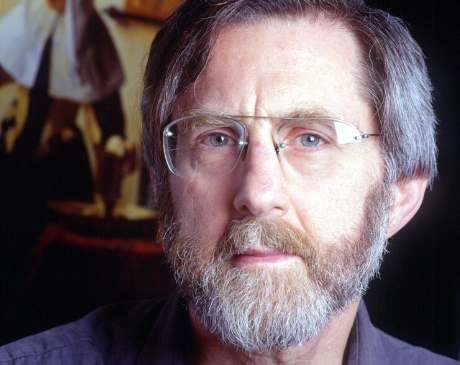 There is more than one defining characteristic of American poetry, but the one that for me is most important results from the fact that America in its formative years attracted immigrants who hoped to establish an ideal social order. For the Puritans that idea took the form of a model Christian community; for the secular political thinkers who helped to lead and to justify America's fight for independence, it meant a democratic republic that would encourage participation by all the people in the institutions of government and foster the free pursuit of private notions of happiness. The expectations fostered by these original hopes get expressed in American poetry in an emphasis on the visionary, in a continual contrast between what America is at any particular moment and what America has become in order to fulfill its promise. The difference is perhaps affirmed most radically by Emerson, whose call to replace the "party of memory" by the "party of hope" is based on a radical faith in the resources of the individual to transform the world, a faith he believed most likely to be realized in a country that is capable of shaking off the weight of history. The bardic voice that he created in several of his poems expresses his effort to define the task of the poet as a prophetic one, to waken an audience satisfied with the practical building up of a young country to the need of individuals to come to a more intimate relation with their own spiritual energies, a relation that should as well involve a deeper intimacy with nature. Whitman is Emerson's true follower in this regard. He presents himself not only as the prophet of a new faith in the individual but as an example of the first true American: open to all experience, free of the traditional hierarchies of Europe, at home in his body, satisfied with his own gifts, and eager to use every sympathetic encounter with man or nature as a means to discover within himself corresponding energies. Though a hundred years of less-than-ideal American history may prevent us from accepting Whitman's speaker as a true prophet of things to come, the language of the "Leaves" is so stirring, the voice so engaging, cunning, and witty, that we can't be sure if we suffer from darker experience or diminished inspiration. And even poets whose stance towards American promise is ironic, as it usually is, say, for Pound and Eliot, often find themselves making the prophetic distinction in their work between two Americas, the embodied and the disembodied, the America of history and the America that history has betrayed or disappointed. Only in some schools of contemporary poetry is this distinction deliberately abandoned as being part of an outmoded complex of expectations, mistaken not merely in believing that the ideal can be embodied but also in believing that any notion of an American ideal can be unitary, meaningful for more than a particular group. I would like to believe that at least some American poets manage to maintain the faith they can reach in a single work a diverse audience with a variety of perspectives as opposed to one two specific constituencies. I think that this kind of ambition is more likely to produce work that lasts, that will still be read when specific audiences, and the local conditions that have produced them, have ceased to exist. Writers cannot step back entirely from the presumptions of their specific cultures, but they are more likely to be useful critics of those cultures, not merely mirrors, if they make an effort to hold up all they believe to critical scrutiny. And more likely to make this effort honestly if they can imagine readers free of any particular political agenda. The difference may only be a matter of degree, but in these matters degree is everything.