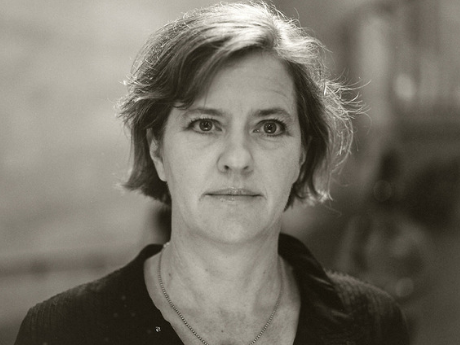 In what ways do you consider yourself an American poet?

The word "American" makes me a little uneasy because the Americas are a lot more, in so many senses, than the United States. I am product of the United States and I suppose you could say that I write United States poetry. I've lived in California (north and south), Colorado, Illinois, Iowa, New York, Oklahoma, and Rhode Island for varying periods of time. In each place, I worked with very different kinds of writing communities, each of which has marked my practice and sensibilities. Living in, say, Oklahoma is radically unlike living in Rhode Island. Living in Southern California is very distinct from living in Northern California. I'm inclined to think that being a United States poet who has lived in a variety of United States geographies and communities is tantamount to having lived in several different countries. So I am an "American" poet because I have lived that sense of variousness, rupture, and far-flung loyalties. That's endowed me with a national optimism that the communities that have welcomed my participation are hardy, adventurous, and hospitable. I hope that I have cultivated those same qualities to a certain degree.

The size of this country points to a kind of spaciousness that I think of as a positive national attribute: there is room for many kinds of approaches and values. I've also experienced how local communities can become parochial, but overall, I like that U.S. poetries don't seem to feel a particular need to monitor themselves for consistency across styles and theories. It's good to live in a country where Flarf and slam and lyric poetry and Language poetry can all find roles, to name just a few examples. It makes me happy that I have friends who are serious writers who would never want to write the kind of thing that I write (and vice versa) and we can still invest in conversation/argument/affirmation. Maybe U.S. poetry is gossipy (or maybe I am), but it's a very pleasing experience to go give a reading at a place where I think I don't know anyone and find that my hosts have all sorts of friends in common with me. So I'm tracing a continuum here of openness and connectedness which has been very much my experience of poetry-writing in this country. The other thing that seems intrinsic to my experience as a U.S. writer is the freedom to start presses, magazines, reading series. There's a nice sense of initiative and playfulness that comes with making literature happen across the states.

My paternal great-grandmother, also named Elizabeth, had a tiny golden book in which she wrote the names and locations of her favorite paintings. I own that book now and often think about the ways that a very poor woman in a Northern England coal-mining town took such solace from paintings she never saw except in reproductions, and how the same woman would leave her abusive alcoholic husband, taking her young daughter and sailing in steerage across the Atlantic to move to a new continent where they would later work in textile mills. This is a quintessentially American story as my history books indicated throughout my adolescence. What makes it poignant for me is that these two women, both of them named Elizabeth, showed such willingness to venture forth into the unknown and take risks. This is part of my sense of national legacy and seems intrinsic to the creative work of this country. For me personally, the culture of religious freedom around which the United States was ostensibly built is also significant. Current religious discourse is strained, reductive, and unimaginative in too many ways. Even so, I draw great significance from being a citizen in the country in which Anne Hutchinson, Roger Williams, and Dorothy Day lived and worked. The strain of faith, in its broadest and most openly inquisitive sense, that inheres in the work of poets like Jean Valentine, Barbara Guest, Fanny Howe, and Robin Blaser is continually inciting and sustaining for me.

My own education emphasized U.S. poets who were very attentive to their European and classical antecedents: Pound, H.D., Creeley. These poets were very much of the United States, but spent considerable time outside of it, and undertook penetrating study of work by authors from outside the U.S. Studying Pound, for example, I came to appreciate Chinese poetry, Old English poetry, and classical poets like Sappho. Cesar Vallejo, Aime Cesaire, and Gabriela Mistral poets who feed poetry from a wider understanding of what it is to be "American." For me, Lorine Niedecker and Jack Spicer are foundational poets because they found their own vernacular in ways that retain musicality while also building poetries and poetics that are alert to the outside world and intellectually integrative. But I would also say that my tradition is one that recognizes distinctive communities within the United States and how disparate individuals tugged at the peripheries of any poetic articulation. Groups of poets–Black Mountain, Harlem Renaissance, San Francisco Renaissance, New York School– all in different ways have generated invaluable poetry and understandings of poetry. Barbara Guest and Robin Blaser, for example, haunt the peripheries respectively the New York School and the San Francisco Renaissance, though neither could be said to have created a body of work that fit neatly into the proclivities of their peers' writings. Is it possible that an U.S. poetics, then, is characterized both by belonging to a community and being liminal to it?

I have always loved poetry because of its durability and resourcefulness, and rather than predict, what I want to do is participate. That said, I've been preoccupied for the last couple of years with Joan Retallack's The Poethical Wager. What seems pertinent and valuable in Retallack's book is her sense of art-making as subject to felicitously unpredictable swerves that can help us out of intellectual and artistic cul de sacs. As the "wager" of her title indicates, this is a process that requires taking risks. So I hope and enjoin that as poets we continue to consider what is at stake in making poems and proceed in a gutsy manner. I might also add that Retallack's book is focused on the essay as genre more than poetry. That seems cogent given the slippage that increasingly ensues between poetry, lyric essay, nonfiction, and fiction. So I'll throw in a prediction after all: our genre distinctions will continue to blur, and this is a healthy trend insofar as it enhances the exploratory capacities of writing.