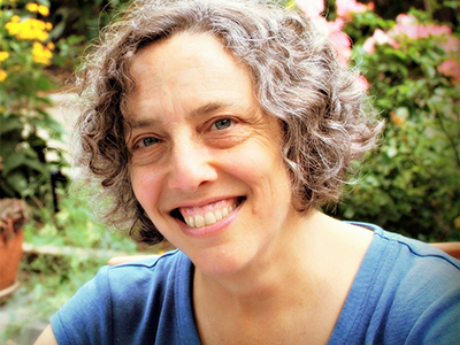 I recently fell in love with an old Jewish joke, quoted by James Atlas in a magazine article. "What's the difference between a garment worker and a poet?" The answer: "a generation." My family is slow; it took us two generations. But the joke nonetheless comes to mind when I try to think about what distinguishes American poetry; above all, it is a poetry unabashedly close to its, as it were, garment-worker heritage, a poetry very well aware of its non-poetic and non-American immediate past. If our poetic tradition is a short one it is also an energetic, daring and all-inclusive one. And what poet wouldn't want to be a part of that?

At the same time—and probably not coincidentally—poetry is pretty much beside the pont in America. Not only doesn't America have time for poetry, it doesn't have any interest in it, nor does it place any value on it. Being immaterial and impractical, poetry is, by definition, antithetical to the American main chance. Here, poetry is more potent as a metaphor than as itself. A perfect pass in basketball or football might be described by an appreciative sportscaster as "pure poetry" but I doubt that he would have a particular line or stanza in mind. If poetry is quoted here, it's for utilitarian purposes. I was ecstatic a few days ago to hear Ted Kennedy on the radio describing a so-called educational reform bill as placing a sign on the door of every public school that read, "Abandon all hope, ye who enter here." The commentator said, "flowery language aside" and went on to discuss the issues and I wondered if she knew that the line came from theInferno,and, in any case, whether it mattered. It was a most effective line for a speech in the senate. Perhaps poetry does have a place in American life, after all? Perhaps what we need to learn is how to write like Dante...

On the other hand, Emily Dickinson was no slouch, and no one ever paid any attention to her. She is not only the greatest poet the United States has ever produced, she's also our most vivid cautionary tale. Her life tells us that, yes, you can write great poetry in America, but if you want it published you will pretty much have to write the poems out yourself, neatly fold their pages and bind them together with string with your own hands.

Perhaps I am perverse, or just brainwashed by Dickinson's example, but I actually think this marginality of ours could also be understood to be a strength of American poetry. There is nothing to be gotten out of writing poetry in America but the poetry itself and this ought to make us—like Emily herself—a fairly monomanaical bunch—interested only in the extraordinary possibilities of where the next blank page (blank screen?) might be made to go. Here, too, our garment-worker connections might stand us in good stead. After all, no one paid any attention to them, either.

I've decided to try to remind myself as often as possible how lucky I am to be at my computer every day rather than at some relentless machine in a sweat sop. "Do you consider yourself an American poet?" the questionnaire asks. It doesn't much matter, since I am one. On the other hand, I'm not sure my allegiance is particularly to the American tradition. My suspicion is that poetry has more in common with other poetry—regardless of chronology or geography—than it has with anything else, and I try to put myself in contact with as much of the world's poetry—past and present—as possible. I read as much as I can in its original language, but find a peculiar pleasure in reading poems in translation—you get to imagine them, to think of how marvelous the poems might be if you only had access to them. The translation simply gives you something to take off from. The poems I read in languages other than my own provide a different sense of new poetic possibility; I find myself wondering how I can bring that linguistic approach into something of my own.

Of course I read non-American English language poems; again, you often get interesting insights into how the English language might be used. Nonetheless, I somethings think I miss more than I acknowledge, as I know my English friends missed more than they acknowledged about many great American poets I would show them. But there is the pleasure here of reading something that is at once yours and not yours—it is your language, but not at all the way you'd use it. For me, one astonishing find was the Indian poet Nissim Ezekiel—not only the poems, but that he should exist at all. A poet writing about the psalms in Bombay from a Jewish perspective? I was out of my mind with excitement. And I suppose I should then go on to say that, for me, this is the tradition with which I align myself, both consciously and unconsciously, despite my idealistic talk a paragraph ago about the universality of poetry. It was surely hearing the psalms in synagogue as a child that gave me my first sense of what poetry is and my desire to write it must have something to do with the extremely appealing notion—even to a six- or seven-year-old—that there is such a thing as a holy language. Surely, if I write out of a specific poetic tradition, it is the Jewish poetic tradition, American poet though I am.

And this leads me to the question on the questionnaire which is dearest to my heart, and the reason I thought it important to take the time to try to answer these questions: the question about non-English language American poetry. Lately—like so many middle-aged American Jews—I've become obsessed with the Yiddish language. This has something to do with the passing away of my four garment-worker grandparents, all of whom had Yiddish for their native tongue, and the realization that this language, which I feel so comfortable around, though I don't exactly understand it, is, if not dead already, quickly dying. As a result, I've begun to try to read Yiddish poetry and have found some extraordinary quintessentially American poets (one generation away from garment workers indeed; there's Mani Leib who describes himself as "Not, thank God, a shoemaker who writes poems, but a poet who makes shoes") wonderfully moving and funny poets, poets who talk about Manhattan and Arizona in their poems, but do so in the Yiddish language. I especially love Jacob Glatstein, but I'm also extremely interested in Moyshe-Leyb Halpern, the afore-mentioned Mani Leyb, Kadya Molodovsky, Malka Heifetz Tussman, Celia Dropkin, Gabriel Preil, Abraham Reisen, Aaron Zeitlin. And I'm sure it's only my ignorance and the paucity of translation which makes me fail to mention many others. As I say, our America is in their poems and we do ourselves and our own poetry a tremendous disservice if we do not learn to incorporate these great American poets into what we understand to be American literature. I can't tell you how often I have found in their work the voice I myself have longed for—born of tradition, but irreverent, deadly serious, but funny, self-mocking, but full of mastery.

I'm certain that there are other American poems in other languages which would equally enrich our notion of who we as American poets are. I would be especially pleased if an incorporation of such poems into the canon of American literature were the result of this moment of American poetic self-examination.