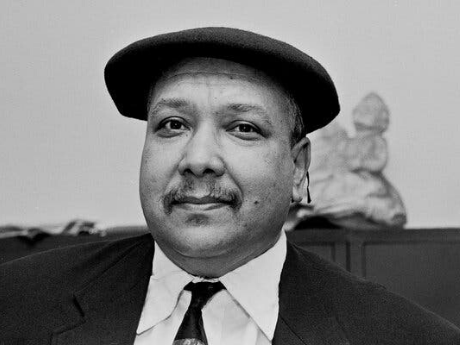 My sense, as a black American poet, that the American language and its various idioms belong to practitioners hasn't changed. My hope for the next century is that black and minority children will be given computers, e-mail, websites, and paraphernalia on the internet and elsewhere TO PLAY; dividends will come from that absorption, some of which won't be calculable. I think we have to work on, seriously, an end to WHITE SUPREMACY; we must give that problem to the children to solve. I am interested in the world, have traveled widely, and found, to my astonishment, having taught in the university for three decades, that replication by my teachers was unfathomable, and that I am now a role model to the young; this is daunting, and across the board, humbling. As Auden counseled, "we are a collectivity of individuals."

That is my faith! Sterling Brown, Gwendolyn Brooks, Robert Hayden, Ralph Ellison were all integrationists; an integer is a whole number.

I find much of American expression pedantic, silly, and self-serving, but the best inspired, and found in many places, not much in the academy.

Africa is a goldmine; so is Latin America; I think "political correctness" is a neologism; we should embrace the manifest destiny results of imperial culture, and all the aftermaths, colonial, the educations extant in all, and the diaspora; we should pay some attention to the human soul, and the inner world; astral projection is really fear of planetary responsibility.

We must heal ourselves by healing the world.