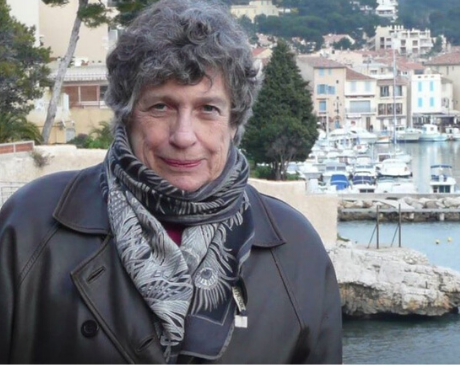 Yes, I am an American poet because I am a "mongrel" poet: Italian-American, French-American, Russian-American, in other words, a poet who lives & writes on the hyphen between what has come to be called "American" culture & a number of other cultures.

But my "tradition"—that is, the literary inheritance out of which I write my poems—is Anglo-American, though more American than "Anglo." (Yet I couldn't rule out Keats & Shakespeare & the Rossettis as magnificent & significant precursors.)

Whitman & Dickinson, of course, & then Stevens & then such a host of others, not just Williams & Eliot & H.D. & Millay & (A.) Lowell but also the whole generation beginning with (A.) Ginsberg & (R.) Lowell that I can't even summon enough breath to define & count........

Not a lot. I have lived in California for more than thirty years now but I consider myself a born & bred New Yorker, yet at the same time I am not a "New York" poet. I am an American—i.e., a hyphenated, cross-cultural, mongrelized—woman poet.

"Popular culture"? "Political correctness"? Poets who lived in Europe? "Political correctness"? The "next century"? I find these questions difficult & frankly exhausting. They expect more introspection of me as a poet than I can afford to surrender. Maybe that's because I'm also a literary critic & therefore always fearful of the dangers I associate with a "fall" into self-reflexiveness. Anyway, the only really serious thing I think I have to say to anyone doing a survey has already been said: that I am hyphenated, complicated, COMPOUNDED, like so many of my peers & precursors--& I hope that such complications & hyphenations & compoundings have all been for the good.