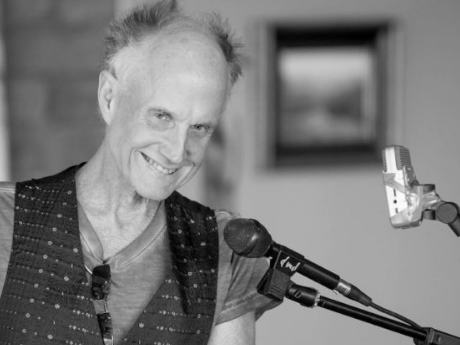 After I heard It's a Hard Rain's Gonna Fall
played softly by an accordion quartet
through the ceiling speakers at the Springdale Shopping Mall,
then I understood: there's nothing
we can't pluck the stinger from,

nothing we can't turn into a soft drink flavor or a t-shirt.
Even serenity can become something horrible
if you make a commercial about it
using smiling, white-haired people

quoting Thoreau to sell retirement homes
in the Everglades, where the swamp has been
drained and bulldozed into a nineteen hole golf course
with electrified alligator barriers.

You can't keep beating yourself up, Billy
I heard the therapist say on television
to the teenage murderer,
About all those people you killed—
You just have to be the best person you can be,
one day at a time -

and everybody in the audience claps and weeps a little,
because the level of deep feeling has been touched,
and they want to believe that
that the power of Forgiveness is greater
than the power of Consequence, or History.

Dear Abby:
My father is a businessman who travels.
Each time he returns from one of his trips,
his shoes and trousers
are covered with blood-
but he never forgets to bring me a nice present;
Should I say something?
Signed, America.

I used to think I was not part of this,
that I could mind my own business and get along,
but that was just another song
that had been taught to me since birth-
whose words I was humming under my breath,
as I was walking thorough the Springdale Mall.

It is central to me. As I became an adult, outgrew my anguish of adolescence and came further into knowledge of the world, I recognized that psychology was a small subset of what makes the world. That things like money race, nationality, history, to name a few, were forces that infiltrated everything. That to drink a glass of water has many stories and histories inside it- the cart the cup the water, etc.. No act is innocent, which is not to say that living must be guilty. So, politics in poetry must be an awareness of the push and pull of the large and small, of joy and the inextricable suffering of self and others.

Fortunately many great poetic examples are before us—the brilliant Auden, the contemporary examples of Louis Simpson and CK Williams, of Rukeyser, of Adelia Prado of Pound, of Whitman, of Kenneth Rexroth, of Alicia Ostriker and Eleanor Wilner. Bly and Ginsberg. Ciaran Carson. Kleinzahler. What greater example is there than Ginsberg's poem "America"?

Art by definition cannot be legislated; nor can art be assigned political responsibility like homework. Such selections of subject matter and attitude are utterly in the hands of the individual artist's instinct—the richness of the world and the potential of art is not a matter of "individual preference" but more significantly a matter of temperament and sensibility. One poet will write a great poem about lillies in a vase; another will write about Darfur, or the treatment of the elephants on Hannibal's march. However, having made a choice, we are obligated to do it well. And not even that.

How the secretary's remark applies to American fiction (as I am sure he intended it to be) is a serious question. That said, America's status as the American empire has put American poets and other American writers in a complex situation of simultaneous complicity and exclusion—we are both inside and outside; part of the problem of narcissism. A great poetry of empire has to engage that paradox forcefully and subtly at once—without the luxurious license of being righteous.

Great American poets—among them W.S. Merwin–have indeed written some of the greatest twentieth century poetry, and I can think of no dimension of relevance it does not profoundly engage.

Absolutely. It is paradoxically in our "rugged individualism" that we have the authority to speak more originally and convincingly and originally. I refer again to Ginsberg's poem.

American poets are accustomed to believing we are not censored. But we are self-censored—everyone is. Just as no politician or president has ever represented the immense evil of American arms sales, American poetry has similarly "invisible" or silent landmines in the middle of our landscape.

Unfortunately, a whole generation of contemporary young American poets has largely made an unconscious retreat into aesthetic self preoccupation.—we seem to be in a period of Aestheticism—art made for art's sake. The best and brightest migrate towards the most erudite and specialized and least politicized "projects."


* * *
Tony Hoagland has published four collections of poems, of which the latest are Unincorporated Persons In The Late Honda Dynasty, and What Narcissism Means to Me. In 2008 Graywolf Press published a book of craft essays, titled Real Sofistakashun. He teaches in the writing program at the University of Houston and in the Warren Wilson MFA program.

My first instinct is to define the political fairly broadly, not only as policy and legislation (or the "demands" that the Occupy Movement so wisely refused to present), but also as systemic factors—socio-economic, cultural, ideological, epistemological, etc.—that leverage so much power over our lives, including our access to knowledge, movement, physical and mental health, civil liberties, the tools of social justice, and the ability/freedom to form sustainable communities.