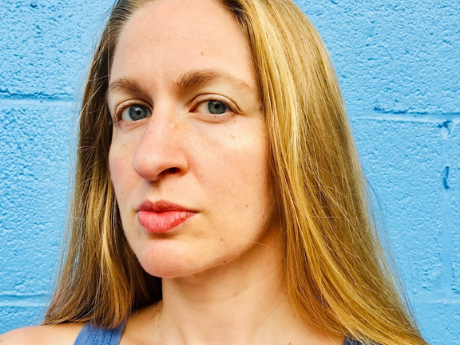 Because I could not stop for Death –

Because I could not stop for Death –
He kindly stopped for me –
The Carriage held but just Ourselves –
And Immortality.

We slowly drove – He knew no haste
And I had put away
My labor and my leisure too,
For His Civility –

Or rather – He passed Us –
The Dews drew quivering and Chill –
For only Gossamer, my Gown –
My Tippet – only Tulle –

In this monthly series, poets, writers, and musicians trace the long relationship between poetry and music, exploring how individual composers and musicians have transformed poems into musical works.

To write in a woman’s voice. While a poem is at rest on a page, the poet’s voice remains ephemeral: It is whatever voice the reader hears in her head. Maybe angel today, maybe arsenic tomorrow. But I’d wager that many readers have a lovingly invented imprint of Emily Dickinson’s voice. And that voice is immutable, a mathematical constant around which we compute the valence of other poem-voices. So, the concept of a “woman’s voice” in Dickinson’s case isn’t notional; it’s not just a shorthand for the vibe we get from women’s writing, or the responsibility that such writing has for elevating female experiences. It involves hearing a human across a tea tray the width of centuries and believing, for a moment, that this speaker could reach over and pour milk in your cup.

Various contemporary female country, pop, and soul stars have addressed their literary lineage in song: Lucinda Williams delivered homage to Flannery O’Connor. Alicia Keys affectionately invoked Maya Angelou. The Indigo Girls offered tribute to Virginia Woolf. But none take quite the risk that Susan McKeown and Natalie Merchant do in their folk-rock ballad “Because I Could Not Stop for Death”: Will we hear, in their reverent contraltos, an Emily whom we recognize? How will we feel about the song either way? McKeown and Merchant have the formula, though: The single, mournful double bass that accompanies McKeown’s opening stanza/verse. The carriage-drawn pace of the tune that carries the listener along without haste. The near-verbatim replication of the poem, leaning into the hymnal shape of Dickinson’s language. (We miss the tulle tippet, but no grave loss.) The curiously lilting inclusion of guitar, piano, percussion, swelling as we trip almost mirthfully (following Emily’s guidance) toward Eternity.

Most of all, though, the introduction of Merchant’s voice halfway through: Who is this second voice? Is she another Emily analog, a hedged bet on matching the listener’s preconceived Emily? Or perhaps it is the voice of Immortality, the third member of the traveling party. (Though Dickinson explicitly identifies Death as a “he”, it could be that “Immortality” is “she/they”.) For my part, I hear in the twining of these two women’s voices the pas de deux of Dickinson’s letters: her erotic identity made quietly manifest, a rogue (com)passion between women revealed and shared when they’ve passed the setting sun, leaving nothing to fear. We sing in our most honest voices on the ride to oblivion, but we do sing. 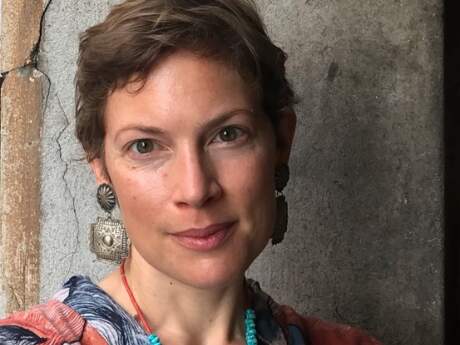 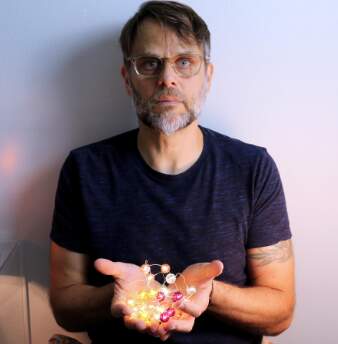