Stopping by with Josh Sapan 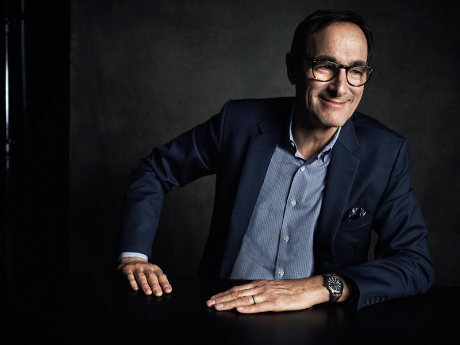 Josh Sapan is President and CEO of AMC Networks. He is credited with building some of the industry’s most influential entertainment brands and shows including AMC’s Mad Men, Breaking Bad, Better Call Saul, and The Walking Dead; BBC America’s Killing Eve; IFC’s Portlandia; SundanceTV’s Rectify; and WE tv’s Growing Up Hip Hop. Sapan drives the company’s digital strategy, led by its AMC+, Acorn TV, Shudder, Sundance Now and ALLBLK streaming services. He has been instrumental in bringing independent films to wide audiences through IFC Films, providing distribution to the early work of directors Christopher Nolan, Mira Nair, Richard Linklater, Noah Baumbach, Barry Jenkins, Lena Dunham, Lynn Shelton and others. He’s the author of The Big Picture: America in Panorama, a collection of photos from the 20th century, and has the world’s largest collection of antique lightning rods.

What is the last thing you that moved you?

The documentary MLK/FBI about Martin Luther King, Jr. and J. Edgar Hoover. Timely, with great use of archival footage by director Sam Pollard.

Is there a piece of art that influenced or shaped your career?

It may be a stretch to call “Wonderama” art, but the Sonny Fox-hosted kids show did Shakespearian dramatizations and if he didn’t break the fourth wall, he certainly cracked it.

In that sense he was a bit of a precursor to TV hosts for grown-ups who’ve played with TV formats, like James Cordon and Stephen Colbert. I’m a particular fan of all TV shows that bend format like “Peep Show,” “Fleabag” and “Doctor Who.”

AMC is right now producing a show that moves back and forth between a multi-camera sitcom with a laugh track, and a drama. It stars Annie Murphy from “Schitt’s Creek” as a young woman tormented by the bad “sitcom life” she is hostage to, who hatches a plan to get justice in the recurring drama sequences. Imagine if Alice Kramden from “The Honeymooners” finally had enough of Ralph and plotted his demise.

If you could recommend one piece of art, literature, or music to everyone, what would it be?

“Imagine” by John Lennon. I think it’s a bit like a prayer…an invitation to think about a world with “no countries, no religion, nothing to kill or die for.” Acknowledging the naivete of the ambition but encouraging it…“you may say I’m a dreamer, but I’m not the only one.”

What is your first memory of poetry either as a child or as an adult?

My first memory is Winnie the Pooh. Eeyore saying, “My eyes are open, but my mind is asleep.”

The pandemic continues to keep many public spaces closed. What space—and community—do you miss the most?

I miss the Public Theater where the auditorium, Joe’s Pub, and even the lobby, have a sense of community–and possibility.

I would love to go to Brighton Beach, Brooklyn to look up at my grandmother’s old rent-controlled apartment ($57 per month) from a Boardwalk crowded with people.

Who is a living artist you most admire?

Bob Dylan’s 39 albums both endure and find expression in other media, from D.A. Pennebaker’s 1967 documentary Don’t Look Back, to a play a few years ago by Conor McPherson which featured Dylan’s music from “Girl from the North Country.”

And who do you most admire who is no longer living?

“The Afterlife” by Billy Collins, in which the deceased inhabit the very world they imagined when alive. A perfect place for the poem would be a massive illuminated billboard in Times Square, where desires and dreams have long been lived out in joy–and in disappointment.

Art provides experiences that help people reflect on and deal with the pandemic, and in effect help them “pierce” the pandemic by keeping us connected with the outside world, and providing comfort and even beauty during a difficult time.

Stopping by with Maggie Smith